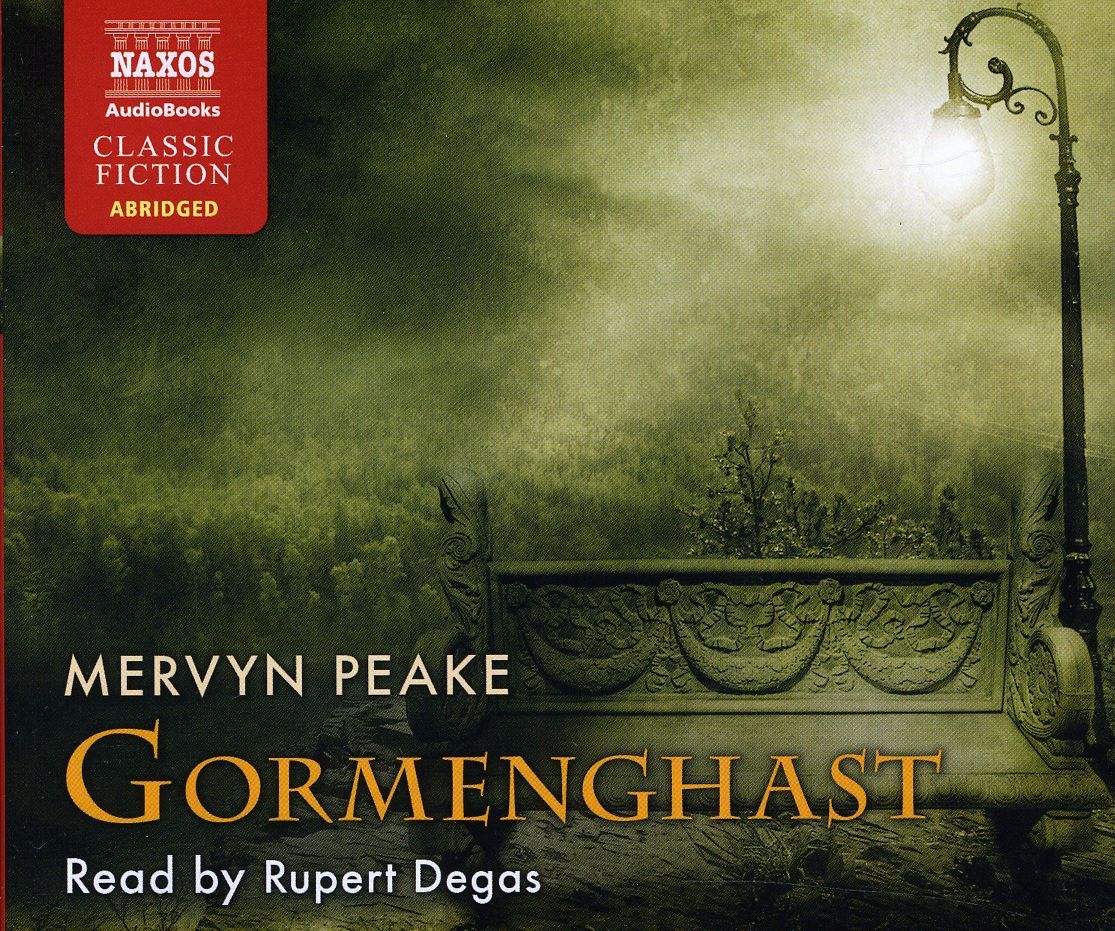 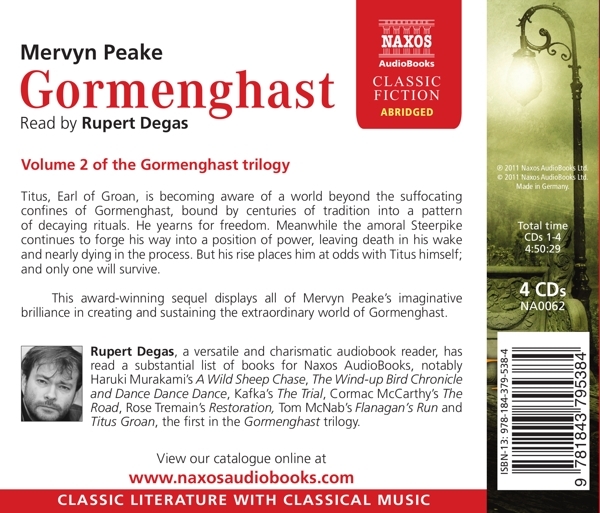 Titus, Earl of Groan, is becoming aware of a world beyond the suffocating confines of Gormenghast, bound by centuries of tradition onto a pattern of decaying rituals. He yearns for freedom. Meanwhile the amoral Steerpike continues to forge his way into a position of power, leaving death in his wake and nearly dying in the process. But his rise places him at odds with Titus himself; and only one will survive. This award-winning sequel displays all Mervin Peake’ simaginative brilliance in creating and sustaining the extraordinary world of Gormenghast.

Continuing to mark 100 years since Mervyn Peake's birth, Naxos AudioBooks releases the second novel in the cycle series. Gormenghast follows protagonist Titus (now the 77th earl of Gormenghast) from the age of seven to seventeen, and describes his desire to break free from the physical and psychological constraints of the castle. Meanwhile, the Machiavellian Steerpike continues his dastardly rise to power; but will he succeed?