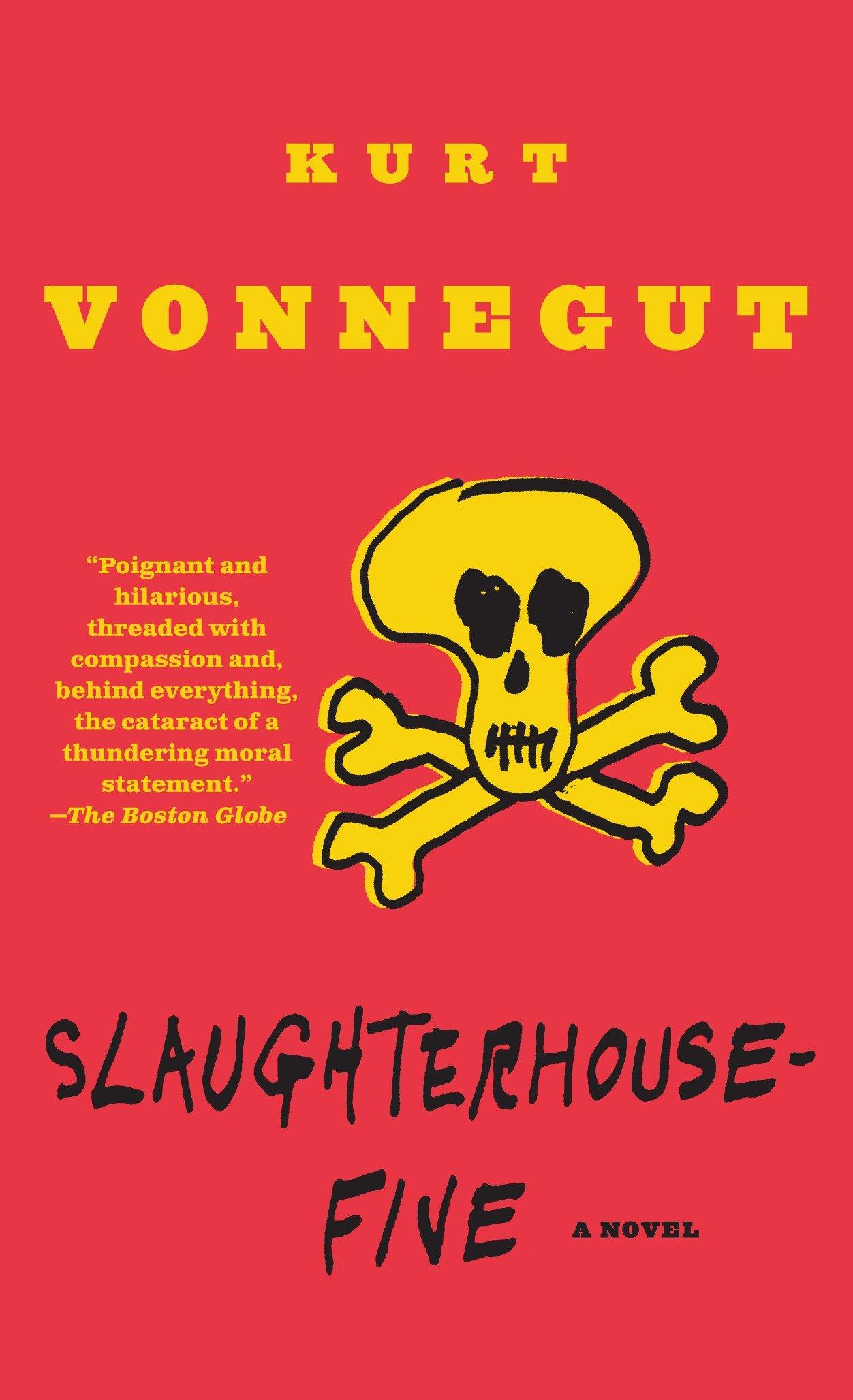 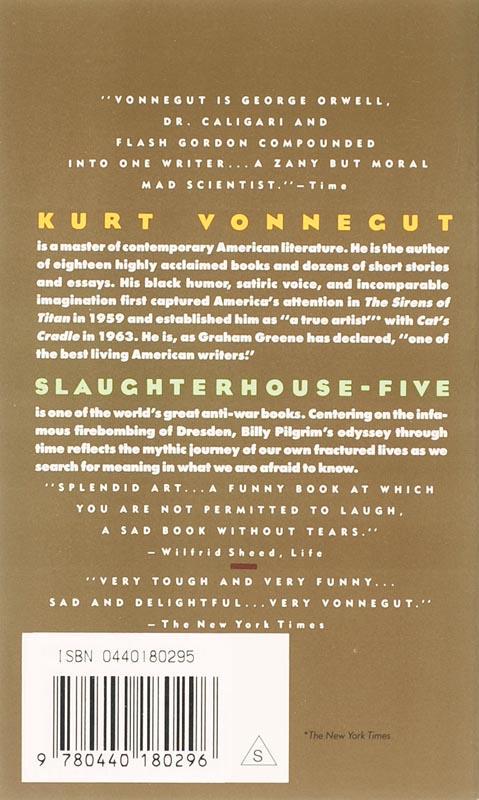 A seminal work in literature, Vonnegut's novel reflects the mythic journey of our own fractured lives as we search for meaning in what we are afraid to know.

Slaughterhous-Five is one of the world's great anti-war books. Centering on the infamous fire-bombing of Dresden, Billy Pilgrim's odyssey through time reflects the mythic journey of our own fractured lives as we search for meaning in what we are afraid to know.

"Poignant and hilarious, threaded with compassion and, behind everything, the cataract of a thundering moral statement." - Boston Globe
Very tough and very funny . . . sad and delightful . . . very Vonnegut." - New York Times
"Splendid art . . . a funny book at which you are not permitted to laugh, a sad book without tears." - Life
From the Trade Paperback edition.

"A desperate, painfully honest attempt to confront the monstrous crimes of the twentieth century."-Time

Slaughterhouse-Five, an American classic, is one of the world's great antiwar books. Centering on the infamous World War II firebombing of Dresden, the novel is the result of what Vonnegut describes as a twenty-three-year struggle to write a book about what he himself witnessed as an American prisoner of war. It combines science fiction, autobiography, humor, historical fiction, and satire in an account of the life of Billy Pilgrim, a barber's son turned draftee turned optometrist turned alien abductee. Billy, like Vonnegut, experiences the destruction of Dresden as a POW, and, as with Vonnegut, it is the defining moment of his life. Unlike the author, he also experiences time travel, or coming "unstuck in time." Billy Pilgrim's odyssey reflects the mythic journey of our own fractured lives as we search for meaning in what we fear most.

"Poignant and hilarious, threaded with compassion and, behind everything, the cataract of a thundering moral statement."-The Boston Globe

"Splendid art . . . a funny book at which you are not permitted to laugh, a sad book without tears."-Life

All this happened, more or less. The war parts, anyway, are pretty much true. One guy I knew really was shot in Dresden for taking a teapot that wasn't his. Another guy I knew really did threaten to have his personal enemies killed by hired gunmen after the war. And so on. I've changed all the names.

I really did go back to Dresden with Guggenheim money (God love it) in 1967. It looked a lot like Dayton, Ohio, more open spaces than Dayton has. There must be tons of human bone meal in the ground.

I went back there with an old war buddy, Bernard V. O'Hare, and we made friends with a cab driver, who took us to the slaughterhouse where we had been locked up at night as prisoners of war. His name was Gerhard Müller. He told us that he was a prisoner of the Americans for a while. We asked him how it was to live under Communism, and he said that it was terrible at first, because everybody had to work so hard, and because there wasn't much shelter or food or clothing. But things were much better now. He had a pleasant little apartment, and his daughter was getting an excellent education. His mother was incinerated in the Dresden fire-storm. So it goes.

He sent O'Hare a postcard at Christmastime, and here is what it said:

"I wish you and your family also as to your friend Merry Christmas and a happy New Year and I hope that we'll meet again in a world of peace and freedom in the taxi cab if the accident will."

I like that very much: "If the accident will."

I would hate to tell you what this lousy little book cost me in money and anxiety and time. When I got home from the Second World War twenty-three years ago, I thought it would be easy for me to write about the destruction of Dresden, since all I would have to do would be to report what I had seen. And I thought, too, that it would be a masterpiece or at least make me a lot of money, since the subject was so big.

But not many words about Dresden came from my mind then -- not enough of them to make a book, anyway. And not many words come now, either, when I have become an old fart with his memories and his Pall Malls, with his sons full grown.

I think of how useless the Dresden part of my memory has been, and yet how tempting Dresden has been to write about, and I am reminded of the famous limerick:

There was a young man from Stamboul, Who soliloquized thus to his tool: "You took all my wealth And you ruined my health, And now you won't pee, you old fool."

And I'm reminded, too, of the song that goes:

And so on to infinity.

Over the years, people I've met have often asked me what I'm working on, and I've usually replied that the main thing was a book about Dresden.

I said that to Harrison Starr, the movie-maker, one time, and he raised his eyebrows and inquired, "Is it an anti-war book?"

"You know what I say to people when I hear they're writing anti-war books?"

"No. What do you say, Harrison Starr?"

What he meant, of course, was that there would always be wars, that they were as easy to stop as glaciers. I believe that, too.

And even if wars didn't keep coming like glaciers, there would still be plain old death.

When I was somewhat younger, working on my famous Dresden book, I asked an old war buddy named Bernard V. O'Hare if I could come to see him. He was a district attorney in Pennsylvania. I was a writer on Cape Cod. We had been privates in th