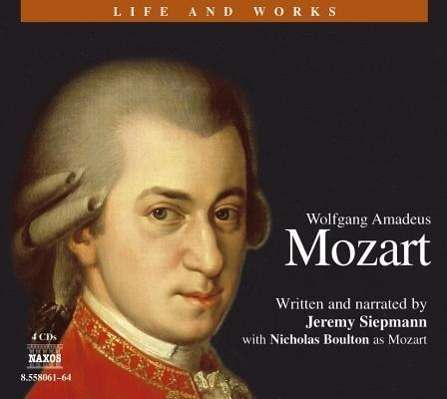 Wolfgang Amadeus Mozart, the most astonishing child prodigy in the history of music, is felt by many people to be the greatest composer who ever lived. Dominated and shaped by a highly intelligent but frustrated and ambitious father, his story sees the development of a unique genius, from precocious and often endearing childhood to liberated fulfillment, unexpected poverty, and a tragically early death. Generously illustrated by Mozart's music, from his fifth to his final year, this portrait-in-sound reveals a fascinating yet elusive character, drawing richly on the words of the composer himself and those who knew him.
This is the ideal way to understand more about Mozart the man, and his music. Throughout his life, he wrote numerous letters to his father and his friends and pupils and his musical colleagues wrote about him. On this entertaining recording, with parts read by various actors, Mozart himself comes to life with his sublime music ever-present as his career unfolds.