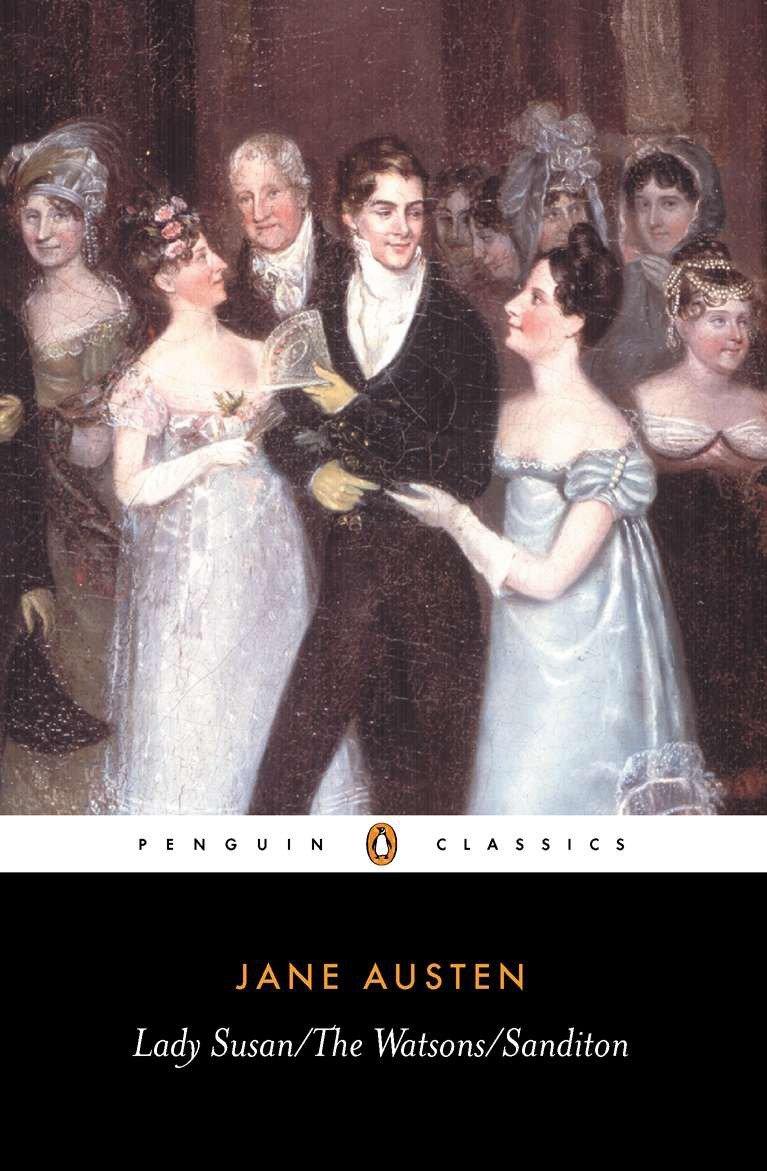 These three short works show Austen experimenting with a variety of different literary styles, from melodrama to satire, and exploring a range of social classes and settings. The early epistolary novel "Lady Susan" depicts an unscrupulous coquette, toying with the affections of several men. In contrast, "The Watsons" is a delightful fragment, whose spirited heroine - Emma - finds her marriage opportunities limited by poverty and pride. Meanwhile "Sanditon", set in a seaside resort, offers a glorious cast of hypochondriacs and spectators, treated by Austen with both amusement and scepticism.

These three short works show Austen experimenting with a variety of different literary styles, from melodrama to satire, and exploring a range of social classes and settings. The early epistolary novel Lady Susan depicts an unscrupulous coquette, toying with the affections of several men. In contrast, The Watsons is a delightful fragment, whose spirited heroine -­ Emma -­ finds her marriage opportunities limited by poverty and pride. Meanwhile Sanditon, set in a seaside resort, offers a glorious cast of hypochondriacs and spectators, treated by Austen with both amusement and scepticism.

For more than seventy years, Penguin has been the leading publisher of classic literature in the English-speaking world. With more than 1, 700 titles, Penguin Classics represents a global bookshelf of the best works throughout history and across genres and disciplines. Readers trust the series to provide authoritative texts enhanced by introductions and notes by distinguished scholars and contemporary authors, as well as up-to-date translations by award-winning translators.

Letter 1
Lady Susan Vernon to Mr. Vernon
Langford, December
My dear brother,
I can no longer refuse myself the pleasure of profiting by your kind invitation when we last parted, of spending some weeks with you at Churchill, and therefore if quite convenient to you and Mrs. Vernon to receive me at present, I shall hope within a few days to be introduced to a sister whom I have so long desired to be acquainted with. My kind friends here are most affectionately urgent with me to prolong my stay, but their hospitable and cheerful dispositions lead them too much into society for my present situation and state of mind; and I impatiently look forward to the hour when I shall be admitted into your delightful retirement. I long to be made known to your dear little children, in whose hearts I shall be very eager to secure an interest. I shall soon have occasion for all my fortitude, as I am on the point of separation from my own daughter. The long illness of her dear father prevented my paying her that attention which duty and affection equally dictated, and I have but too much reason to fear that the governess to whose care I cosigned her, was unequal to the charge. I have therefore resolved on placing her at one of the best private schools in town, where I shall have an opportunity of leaving her myself, in my way to you. I am determined you see, not to be denied admittance at Churchill. It would indeed give me most painful sensations to know that it were not in your power to receive me.
Your most obliged and affectionate sister
Susan Vernon

The first winter assembly in the town of D. in Surrey was to be held on Tuesday October the thirteenth, and it was generally expected to be a very good one; a long list of country families was confidently run over as sure of attending, and sanguine hopes were entertained that the Osbornes themselves would be there.
The Edwards' invitation to the Watsons followed me of course. The Edwards were people of fortune who lived in the town and kept their coach; the Watsons inhabited a village about three miles distant, were poor and had no close carriage; and ever since there had been balls in the place, the former were accustomed to invite the latter to dress dine and sleep at their house, on every monthly return throughout the winter.
On the present occasion, as only two of Mr. Watson's children were at home, and one was always necessary as a companion to himself, for he was sickly and had lost his wife, one only could profit by the kindness of their friends; Miss Emma Watson who was very recently returned to her family from the care of an aunt who had brought her up, was to make her first public appearance in the neighborhood; and her eldest sister, whose delight in a ball was not lessened by ten years' enjoyment, had some merit in cheerfully undertaking to drive her and all her finery in the old chair to D. on the important morning.
As they splashed along the dirty lane Miss Watson thus instructed and cautioned her inexperienced sister. -
'I dare say it will be a very good ball and among so many officers, you will hardly want partners. You will find Mrs. Edwards' maid very willing to help you, and I would advise you to ask Mary Edwards' opinion if you are at all at a loss, for she has very good taste. - If Mr. Edwards does not lose his money at cards, you will stay as late as you can wish for; if he does he will hurry you home perhaps - but you are sure of some comfortable soup. - I hope you will be in good looks - I should not be surprised if you were to be thought one of the prettiest girls in the room, there is a great deal in novelty. Perhaps Tom Musgrave may take notice of you - but I would advice you by all means not to give him any encouragement. He generally pays attention to every new girl, but he is a great flirt and never means anything serious.'
'I think I have he