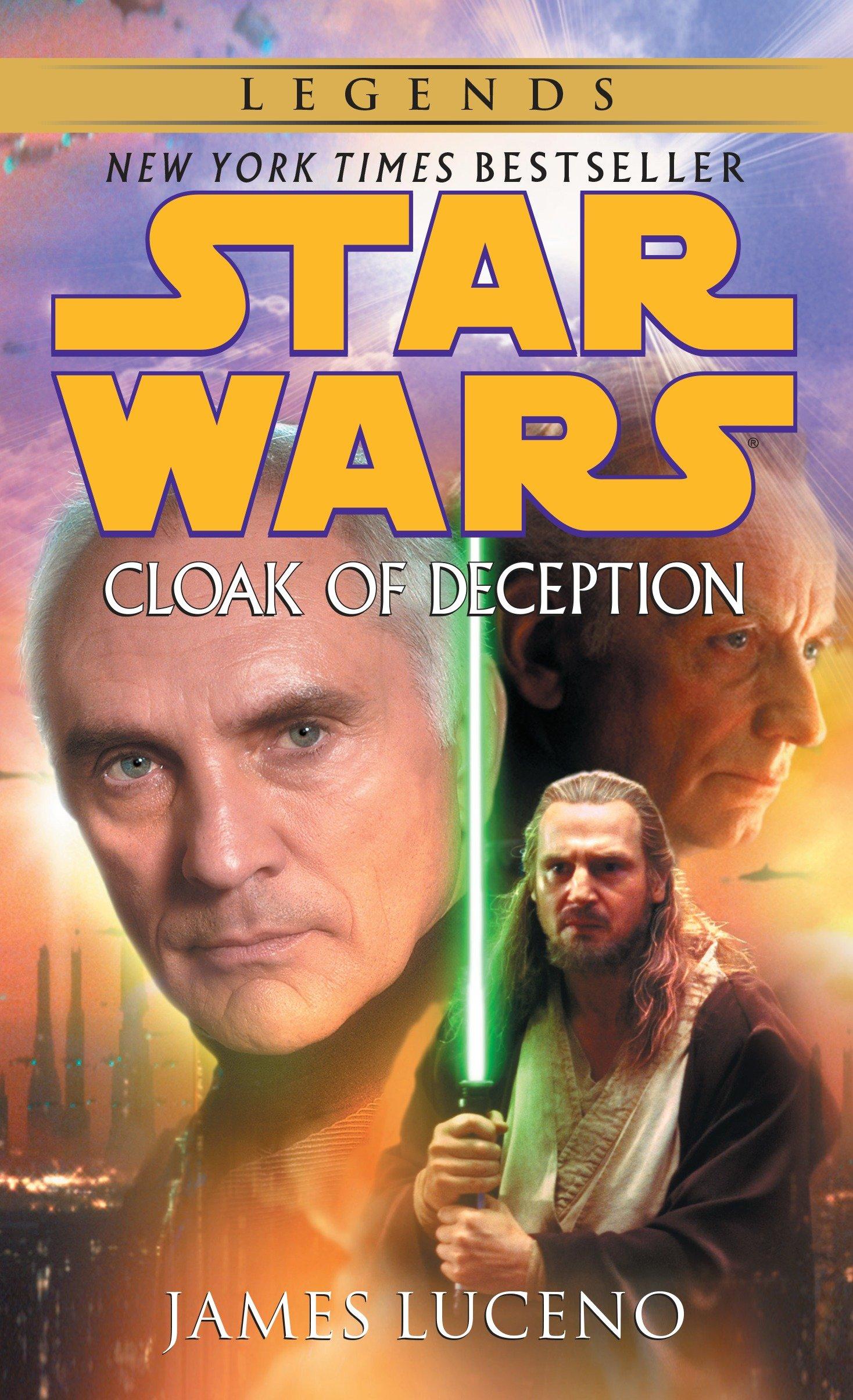 From New York Times bestselling author James Luceno comes an all-new Star Wars adventure that reveals the action and intrigue unfolding directly before Episode I : The Phantom Menace .
Mired in greed and corruption, tangled in bureaucracy, the Galactic Republic is crumbling. In the outlying systems, where the Trade Federation maintains a stranglehold on shipping routes, tensions are boiling over?while back in the comfort of Coruscant, the hub of civilized space and seat of the Republic government, few senators seem inclined to investigate the problem. And those who suspect Supreme Chancellor Valorum of having a hand in the machinations are baffled?especially when Jedi Master Qui-Gon Jinn and his apprentice Obi-Wan Kenobi foil an assassination attempt on the Chancellor.
With the crisis escalating, Valorum calls for an emergency trade summit. As humans and aliens gather, conspiracies sealed with large sums of money run rampant, and no one is entirely above suspicion. But the greatest threat of all remains unknown to everyone except three members of the Trade Federation who have entered into a shadowy alliance with a dark overlord. While the trio will be content with more money and fewer problems, Darth Sidious has grander, far more terrifying plans.
It is a time that tests the mettle of all those who strive to hold the Republic together?none more so than the Jedi Knights, who have long been the galaxy's best hope for preserving peace and justice. Yet despite their most valiant efforts, the meeting will explode into fiery chaos beyond everyone?s worst fears . . .
From the Hardcover edition.

Dorvalla
Luxuriating in the unfailing light of countless stars, the Trade Federation freighter Revenue lazed at the edge of Dorvalla's veil of alabaster clouds.
Indistinguishable from its myriad brethren, the freighter resembled a saucer, whose center had been pared away to create two massive hangar arms and a stalked centersphere that housed the great ship's hyperdrive reactors. Forward, the curving arms fell short of each other, as if in a failed attempt to close the circle. But, in fact, the gap was there by design, with each arm terminating in colossal docking claws and gaping hangar portals.
Like some gluttonous beast, a Trade Federation vessel didn't so much load as gobble cargo, and for close to three standard days, the Revenue had been feeding at Dorvalla.
The outlying planet's principal commodity was lommite ore, a major component in the production of transparisteel viewports and starfighter canopies. Ungainly transports ferried the strip-mined ore into high orbit, where the payloads were transferred to a fleet of self-propelled barges, tenders, and cargo pods, many of them as large as shuttles, and all bearing the Spherical Flame sigil of the Trade Federation.
By the hundreds the unpiloted crafts streamed between the Dorvallan transports and the ring-shaped freighter, lured to the breach in the curving arms by powerful tractor beams. There the docking claws nudged the crafts through the magnetic containment fields that sealed the rectangular maws of the hangars.
Safeguarding the herd from attacks by pirates or other raiders flew patrols of bullet-nosed, quad-thruster starfighters, wanting shields but armed with rapid-fire laser cannons. The droids that piloted the ships answered to a central control computer located in the freighter's centersphere.
At the aft curve of the centersphere stood a command and control tower. The ship's bridge occupied the summit, where a robed figure paced nervously before an array of inwardly inclined viewports. The interrupted view encompassed the distal ends of the hangar arms and the seemingly ceaseless flow of pods, their dorsal surfaces aglow with sunlight. Beyond the arms and the rust-brown pods spun translucent-white Dorvalla.
"Status," the robed figure hissed.
The Revenue's Neimoidian navigator responded from a thronelike chair set below the burnished floor of the bridge walkway.
"The last of the cargo pods is being taken aboard, Commander Dofine." Neimoidian speech, while lilting, favored first syllables and elongated words.
"Very well, then," Dofine replied. "Recall the starfighters."
The navigator swiveled in his chair to face the walkway. "So soon, Commander?"
Dofine ceased his relentless pacing to cast a dubious look at his shipmate. Months in deep space had so honed Dofine's natural distrust that he was no longer certain of the navigator's intent. Was the navigator questioning his command in the hope of gaining status, or was there some good reason to delay recalling the starfighters? The distinction troubled Dofine, since he risked losing face by airing his suspicions and being proven wrong. He decided to gamble that the question had been prompted by concern and contained no hidden challenges.
"I want those fighters recalled. The sooner we leave Dorvalla, the better."
The navigator nodded. "As you will, Commander."
Captain of the Revenue's skeleton crew of living beings, Dofine had a pair of front-facing red oval eyes, a prominent muzzle, and a fish-lipped slash of mouth. Veins and arteries pulsed visibly beneath the surface of puckered and mottled pale-green skin. Small for his species - the runt of his hive, some said behind his back - his thin frame was draped in blue robes and a tufted, shoulder-padded mantle