The History Of Theatre 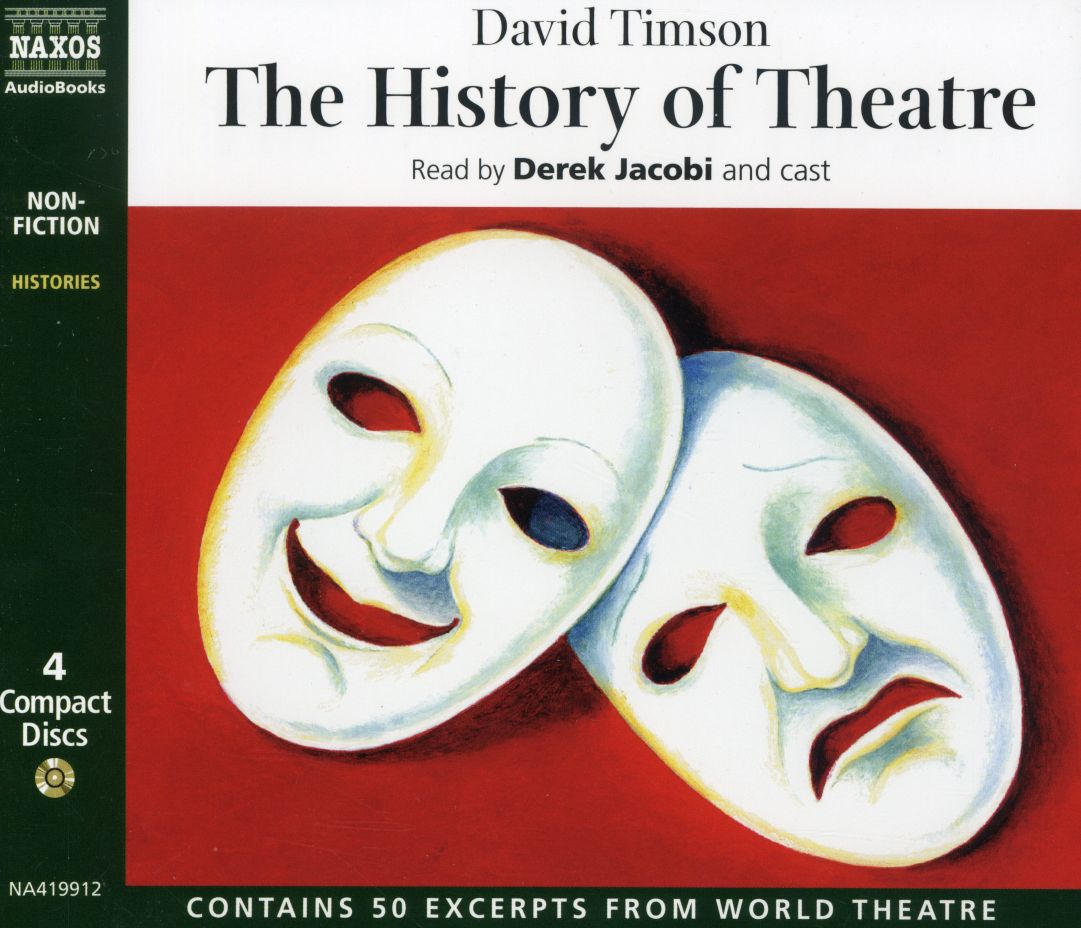 (in englischer Sprache)
Here is the diverse and fascinating story
of the Theatre, from the first tragedies and
comedies of Ancient Greece to the high-tech
mega-musicals of the late 20th century. It is an
absorbing tale, encompassing ancient tales,
medieval theatre, Commedia dell'Arte, the
great dramas of the Elizabethan age, the foppish
18th century, the European developments in
France, Germany and Spain with Russia making
its impact in the 19th dentury. As the 20th
century progressed, the theatre moved in
different experimental directions, paricularly
in America and Europe.
Sprecher: Derek Jacobi (309 Min.)
This bold undertaking covers Western theatre from ancient Greece to the present day. It traces the development of dramatic art through the miracle plays, the great Shakespearean period, Molière and Racine in France, Goethe in Germany, through the nineteenth century and the main movements in the twentieth century. It is illustrated by numerous examples of differing styles, with some historical recordings as well and excerpts from nearly fifty plays – a fascinating journey. It is written by David Timson, the British actor and director who features extensively on Naxos AudioBooks in both roles.

This bold undertaking traces the development of western theater from ancient Greece to present day, through the miracle plays, the great Shakespearean period, Moliere and Racine in France, Goethe in Germany, through the 19th century and main movements of the 20th.