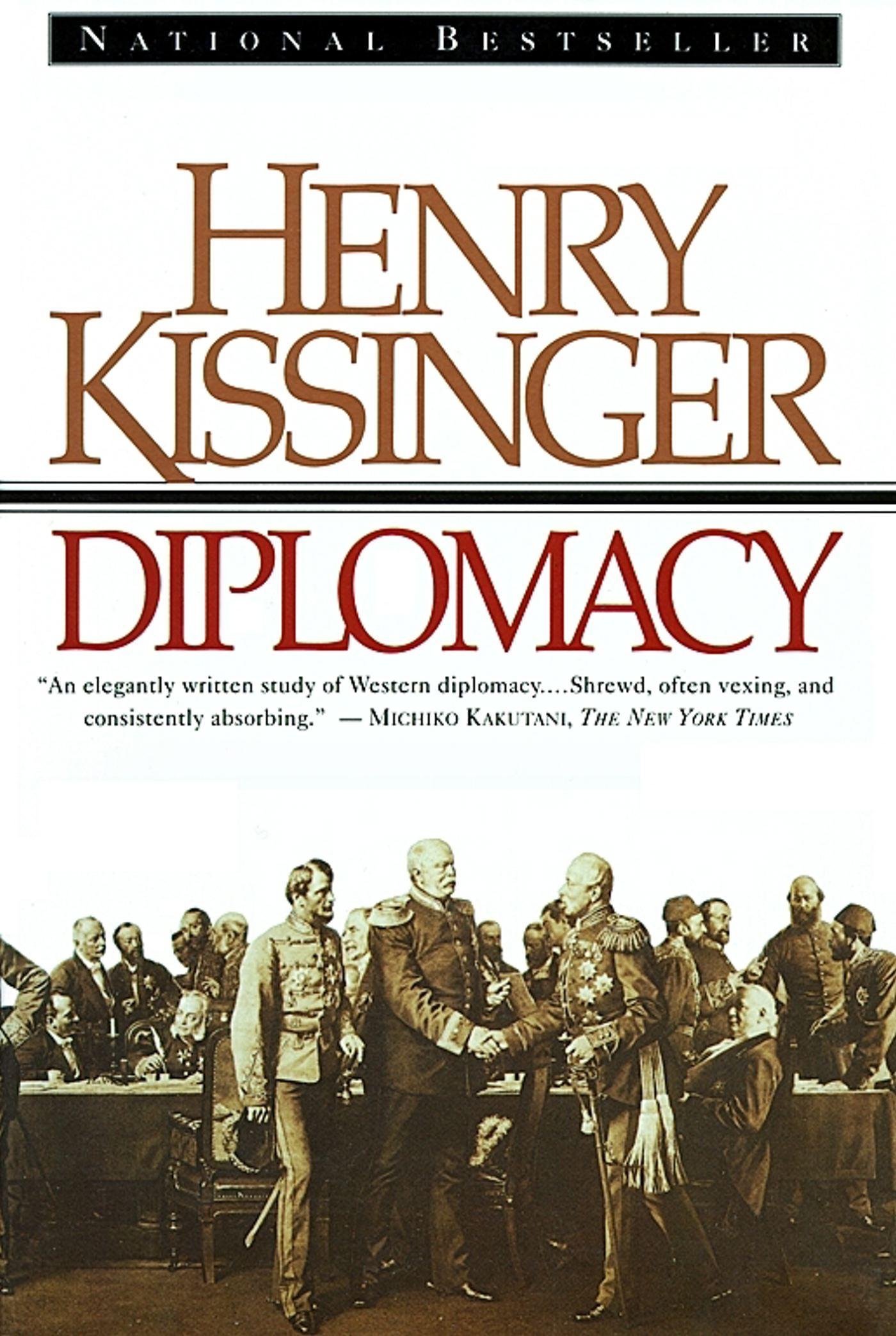 A brilliant, sweeping history of diplomacy that includes personal stories from the noted former Secretary of State, including his stunning reopening of relations with China.
The seminal work on foreign policy and the art of diplomacy.
Moving from a sweeping overview of history to blow-by-blow accounts of his negotiations with world leaders, Henry Kissinger describes how the art of diplomacy has created the world in which we live, and how America's approach to foreign affairs has always differed vastly from that of other nations.
Brilliant, controversial, and profoundly incisive, Diplomacy stands as the culmination of a lifetime of diplomatic service and scholarship. It is vital reading for anyone concerned with the forces that have shaped our world today and will impact upon it tomorrow.

CONTENTS
1 The New World Order
2 The Hinge: Theodore Roosevelt or Woodrow Wilson
3 From Universality to Equilibrium: Richelieu, William of Orange, and Pitt
4 The Concert of Europe: Great Britain, Austria, and Russia
5 Two Revolutionaries: Napoleon III and Bismarck
6 Realpolitik Turns on Itself
7 A Political Doomsday Machine: European Diplomacy Before the First World War
8 Into the Vortex: The Military Doomsday Machine
9 The New Face of Diplomacy: Wilson and the Treaty of Versailles
10 The Dilemmas of the Victors
11 Stresemann and the Re-emergence of the Vanquished
12 The End of Illusion: Hitler and the Destruction of Versailles
13 Stalin's Bazaar
14 The Nazi-Soviet Pact
15 America Re-enters the Arena: Franklin Delano Roosevelt
16 Three Approaches to Peace: Roosevelt, Stalin, and Churchill in World War II
17 The Beginning of the Cold War
18 The Success and the Pain of Containment
19 The Dilemma of Containment: The Korean War
20 Negotiating with the Communists: Adenauer, Churchill, and Eisenhower
21 Leapfrogging Containment: The Suez Crisis
22 Hungary: Upheaval in the Empire
23 Khrushchev's Ultimatum: The Berlin Crisis 1958-63
24 Concepts of Western Unity: Macmillan, de Gaulle, Eisenhower, and Kennedy
25 Vietnam: Entry into the Morass; Truman and Eisenhower
26 Vietnam: On the Road to Despair; Kennedy and Johnson
27 Vietnam: The Extrication; Nixon
28 Foreign Policy as Geopolitics: Nixon's Triangular Diplomacy
29 Detente and Its Discontents
30 The End of the Cold War: Reagan and Gorbachev
31 The New World Order Reconsidered
NOTES
ACKNOWLEDGMENTS
INDEX

In a brilliant, controversial, and profoundly incisive book, former Secretary of State Henry Kissinger explains the art of diplomacy and reveals why Americans have historically repudiated both the style and substance of diplomacy as it is practiced throughout the world. 30 pages of photos. QBPC Alternate.