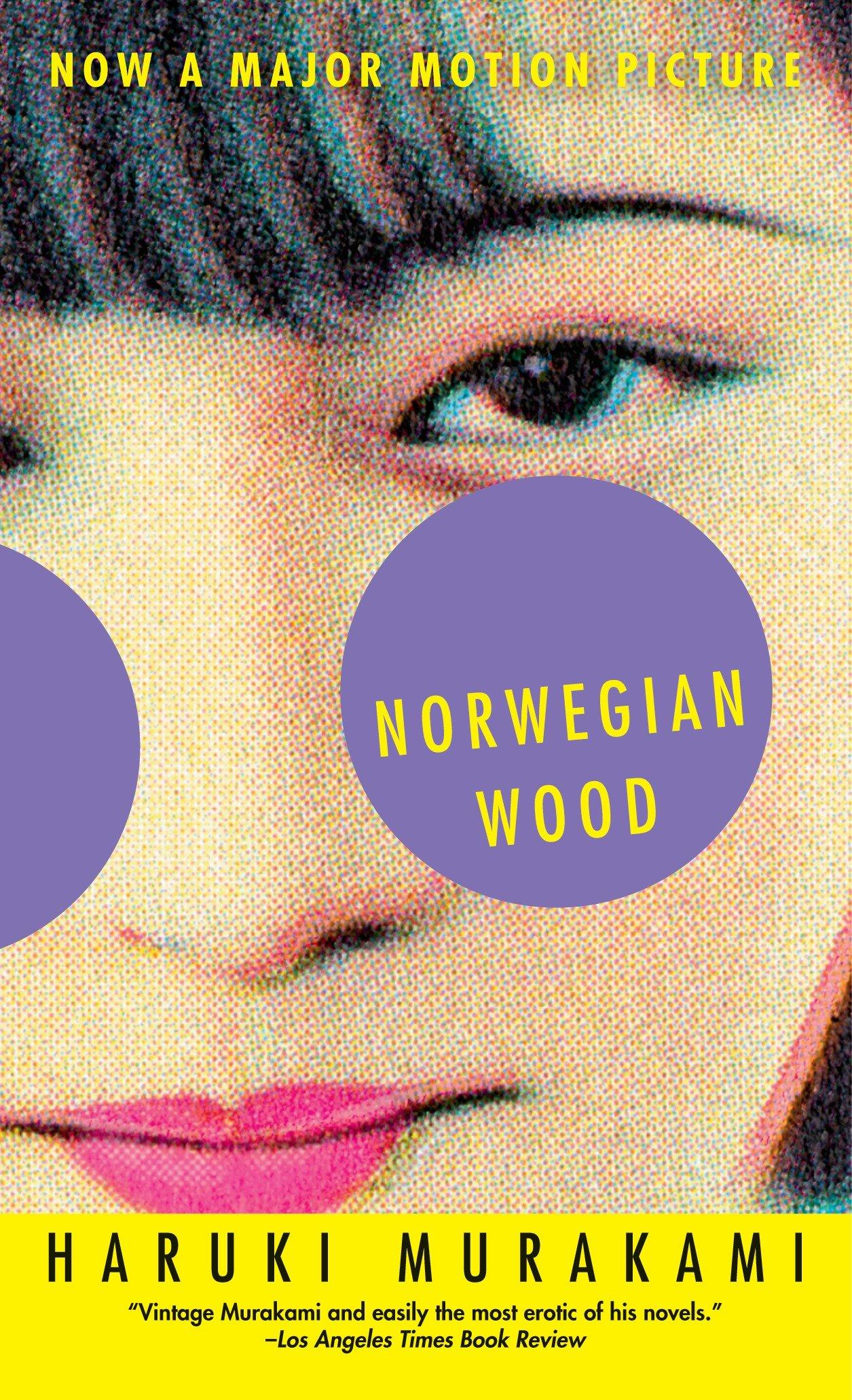 This stunning and elegiac novel by the author of the internationally acclaimed Wind-Up Bird Chronicle has sold over 4 million copies in Japan and is now available to American audiences for the first time. It is sure to be a literary event.

Toru, a quiet and preternaturally serious young college student in Tokyo, is devoted to Naoko, a beautiful and introspective young woman, but their mutual passion is marked by the tragic death of their best friend years before. Toru begins to adapt to campus life and the loneliness and isolation he faces there, but Naoko finds the pressures and responsibilities of life unbearable. As she retreats further into her own world, Toru finds himself reaching out to others and drawn to a fiercely independent and sexually liberated young woman.

A poignant story of one college student's romantic coming-of-age, Norwegian Wood takes us to that distant place of a young man's first, hopeless, and heroic love.

" Norwegian Wood . . . not only points to but manifests the author's genius." - Chicago Tribune

"[A] treat . . . Murakami captures the heartbeat of his generation and draws the reader in so completely you mourn when the story is done." - The Baltimore Sun

Stunning and elegiac, Norwegian Wood first propelled Haruki Murakami into the forefront of the literary scene.

Toru, a serious young college student in Tokyo, is devoted to Naoko, a beautiful and introspective young woman, but their mutual passion is marked by the tragic death of their best friend years before. As Naoko retreats further into her own world, Toru finds himself drawn to a fiercely independent and sexually liberated young woman.

A magnificent coming-of-age story steeped in nostalgia, Norwegian Wood blends the music, the mood, and the ethos that were the sixties with a young man's hopeless and heroic first love.

I was thirty-seven then, strapped in my seat as the huge 747 plunged through dense cloud cover on approach to the Hamburg airport. Cold November rains drenched the earth and lent everything the gloomy air of a Flemish landscape: the ground crew in rain gear, a flag atop a squat airport building, a BMW billboard. So-Germany again.

Once the plane was on the ground, soft music began to flow from the ceiling speakers: a sweet orchestral cover version of the Beatles' "Norwegian Wood." The melody never failed to send a shudder through me, but this time it hit me harder than ever.

I bent forward in my seat, face in hands to keep my skull from splitting open. Before long one of the German stewardesses approached and asked in English if I were sick. "No," I said, "just dizzy."

She smiled and left, and the music changed to a Billy Joel tune. I straightened up and looked out the plane window at the dark clouds hanging over the North Sea, thinking of what I had lost in the course of my life: times gone forever, friends who had died or disappeared, feelings I would never know again.

The plane reached the gate. People began unlatching their seatbelts and pulling baggage from the storage bins, and all the while I was in the meadow. I could smell the grass, feel the wind on my face, hear the cries of the birds. Autumn 1969, and soon I would be twenty.

The stewardess came to check on me again. This time she sat next to me and asked if I was all right.

She stood and gave me a lovely smile. "Well, then, have a nice trip. Auf Wiedersehen."

Eighteen years have gone by, and still I can bring back every detail of that day in the meadow. Washed clean of summer's dust by days of gentle rain, the mountains wore a deep, brilliant green. The October breeze set white fronds of head-tall grasses swaying. One long streak of cloud hung pasted across a dome of frozen blue. It almost hurt to look at that faroff sky. A puff of wind swept across the meadow and through her hair before it slipped into the woods to rustle branches and send back snatches of distant barking-a hazy sound that seemed to reach us from the doorway to another world. We heard no other sounds. We met no other people. We saw only two bright, red birds leap startled from the center of the meadow and dart into the woods. As we ambled along, Naoko spoke to me of wells.

Memory is a funny thing. When I was in the scene, I hardly paid it any mind. I never stopped to think of it as something that would make a lasting impression, certainly never imagined that eighteen years later I would recall it in such detail. I didn't give a damn about the scenery that day. I was thinking about myself. I was thinking about the beautiful girl walking next to me. I was thinking about the two of us together, and then about myself again. It was the age, that time of life when every sight, every feeling, every thought came back, like a boomerang, to me. And worse, I was in love. Love with complications. Scenery was the last thing on my mind.

Now, though, that meadow scene is the first thing that comes back to me. The smell of the grass, the faint chill of the wind, the line of the hills, the barking of a dog: these are the first things, and they come with absolute clarity. I feel as if I can reach out and trace them with a fingertip. And yet, as clear as the scene may be, no one is in it. No one. Naoko is not there, and neither am I. Where could we have disappeared to? How could such a thing have happened? Everything that seemed so important back then-Naoko, and the self I was then, and the world I h