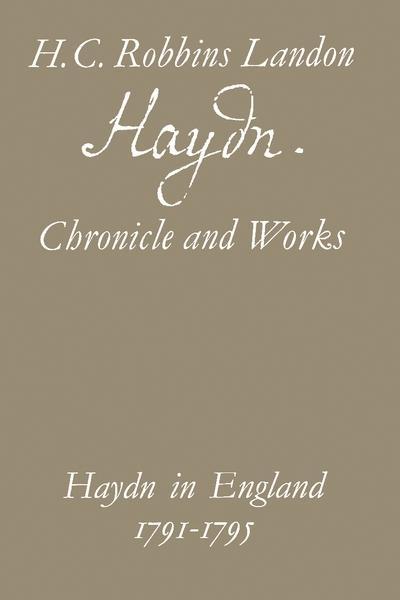 Brought to England by the great impresario J. P. Salomon, Joseph Haydn (who had just left the service of the Esterhazy Court) rapidly became one of the best-known figures in London's musical life in the 1790s. This book - a detailed biographical and musicological account of this short but still prolific period of Haydn's mature years - summarizes all the known facts about the composer and his activities during this time. The first part - a chronicle of events, musical and social - is based on contemporary documents (including concert announcements, newspaper reports and reviews, correspondence and the composer's own notebooks); the second is a detailed discussion and analysis of the works composed in England, ranging from the last twelve symphonies, through chamber music to settings of English poetry and other intimate or occasional pieces (among them the fascinating canon written at the time of Haydn's visit to Oxford to receive an honorary doctorate). All the works discussed which are not readily available in published scores are illustrated with musical examples; in addition, the plates include the important portraits of Haydn by Hoppner, Hardy and Dance, together with those of many of the composers, performers, patrons and friends (among them the previously unpublished portrait of Salomon by Hardy) with whom Haydn was associated whilst in England.