George R. R. Martin: A Song of Ice and Fire 05. A Dance With Dragons

George R. R. Martin
A Song of Ice and Fire 05. A Dance With Dragons
Buch 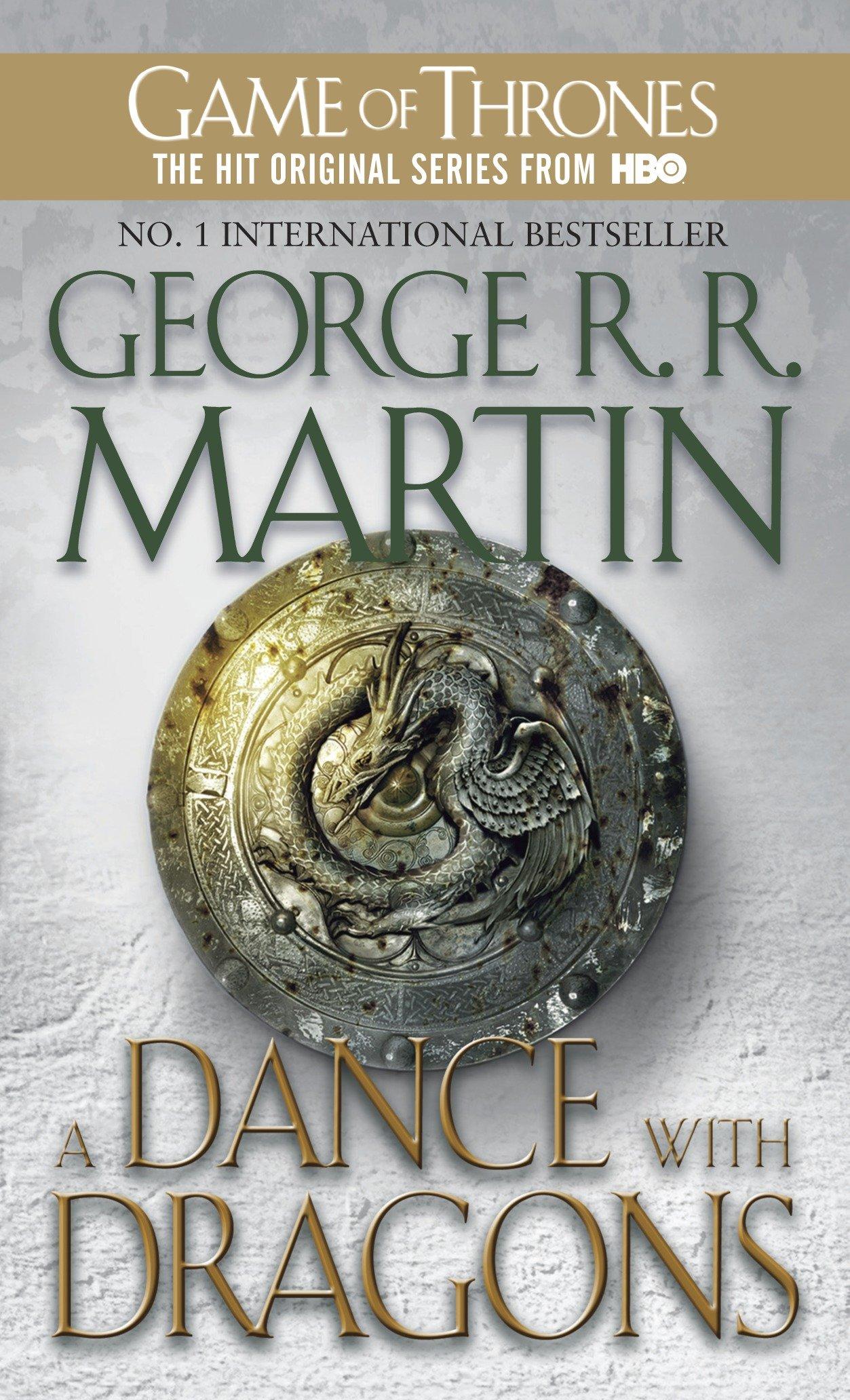 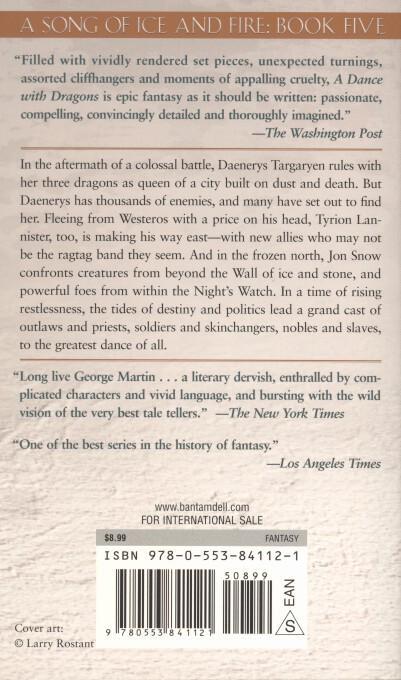 Weitere Ausgaben von A Song of Ice and Fire 05. A Dance With Dragons

"Filled with vividly rendered set pieces, unexpected turnings, assorted cliffhangers and moments of appalling cruelty, A Dance with Dragons is epic fantasy as it should be written: passionate, compelling, convincingly detailed and thoroughly imagined." - The Washington Post
"Long live George Martin . . . a literary dervish, enthralled by complicated characters and vivid language, and bursting with the wild vision of the very best tale tellers." - The New York Times
"By turns thrilling, funny, scary, emotionally devastating, oddly inspirational, and just plain grand." - Entertainment Weekly
"One of the best series in the history of fantasy." - Los Angeles Times

NO. 1 INTERNATIONAL BESTSELLER • THE BOOK BEHIND THE FIFTH SEASON OF THE ACCLAIMED HBO SERIES GAME OF THRONES

A SONG OF ICE AND FIRE: BOOK FIVE

In the aftermath of a colossal battle, Daenerys Targaryen rules with her three dragons as queen of a city built on dust and death. But Daenerys has thousands of enemies, and many have set out to find her. Fleeing from Westeros with a price on his head, Tyrion Lannister, too, is making his way east-with new allies who may not be the ragtag band they seem. And in the frozen north, Jon Snow confronts creatures from beyond the Wall of ice and stone, and powerful foes from within the Night's Watch. In a time of rising restlessness, the tides of destiny and politics lead a grand cast of outlaws and priests, soldiers and skinchangers, nobles and slaves, to the greatest dance of all.

Tyrion
He drank his way across the narrow sea.
The ship was small and his cabin smaller, and the captain would not allow him abovedecks. The rocking of the deck beneath his feet made his stomach heave, and the wretched food they served him tasted even worse when retched back up. Besides, why did he need salt beef, hard cheese, and bread crawling with worms when he had wine to nourish him? It was red and sour, very strong. He sometimes heaved the wine up too, but there was always more. "The world is full of wine," he muttered in the dankness of his cabin. His father had never had any use for drunkards, but what did that matter? His father was dead. He ought to know; he'd killed him. A bolt in the belly, my lord, and all for you. If only I was better with a crossbow, I would have put it through that cock you made me with, you bloody bastard.
Below decks there was neither night nor day. Tyrion marked time by the comings and goings of the cabin boy who brought the meals he did not eat. The boy always brought a brush and bucket too, to clean up. "Is this Dornish wine?" Tyrion asked him once, as he pulled a stopper from a skin. "It reminds me of a certain snake I knew. A droll fellow, till a mountain fell on him."
The cabin boy did not answer. He was an ugly boy, though admittedly more comely than a certain dwarf with half a nose and a scar from eye to chin. "Have I offended you?" Tyrion asked the sullen, silent boy, as he was scrubbing. "Were you commanded not to talk to me? Or did some dwarf diddle your mother?"
That went unanswered too. This is pointless, he knew, but he must speak to someone or go mad, so he persisted. "Where are we sailing? Tell me that." Jaime had made mention of the Free Cities, but had never said which one. "Is it Braavos? Tyrosh? Myr?" Tyrion would sooner have gone to Dorne. Myrcella is older than Tommen, by Dornish law the Iron Throne is hers. I will help her claim her rights, as Prince Oberyn suggested.
Oberyn was dead, though, his head smashed to bloody ruin by the armored fist of Ser Gregor Clegane. And without the Red Viper to urge him on, would Doran Martell even consider such a chancy scheme? He may clap me in chains instead, and hand me back to my sweet sister. The Wall might be safer. Old Bear Mormont said the Night's Watch had need of men like Tyrion. Mormont may be dead, though. By now Slynt may be the Lord Commander. That butcher's son was not like to have forgotten who sent him to the Wall. Do I really want to spend the rest of my life eating salt beef and porridge with murderers and thieves? Not that the rest of his life would last very long. Janos Slynt would see to that.
The cabin boy wet his brush and scrubbed on manfully. "Have you ever visited the pleasure houses of Lys?" the dwarf inquired. "Might that be where whores go?" Tyrion could not seem to recall the Valyrian word for whore, and in any case it was too late. The boy tossed his brush back in his bucket and took his leave.
The wine has blurred my wits. He had learned to read High Valyrian at his maester's knee, though what they spoke in the Nine Free Cities... well, it was not so much a dialect as nine dialects on the way to becoming separate tongues. Tyrion had some Braavosi and a smattering of Myrish. In Tyrosh he should be able to curse the gods, call a man a cheat, and order up an ale, thanks to a sellsword he had once known at the Rock. At least in Dorne they spea the Common Tongue. Like Dornish food and Dornish law, Dornish speech was spiced with the flavors of the Rhoyne, but a man could comprehend it. Dorne, yes, Dorne for me. He crawled into his bunk, clutching that thought like a child with a doll.
Sleep had never come easily to Tyrion Lannister. Aboard that ship it seldom came at all, though from time to time he managed to dr