George R. R. Martin
A Song of Ice and Fire 02. A Clash of Kings
Buch 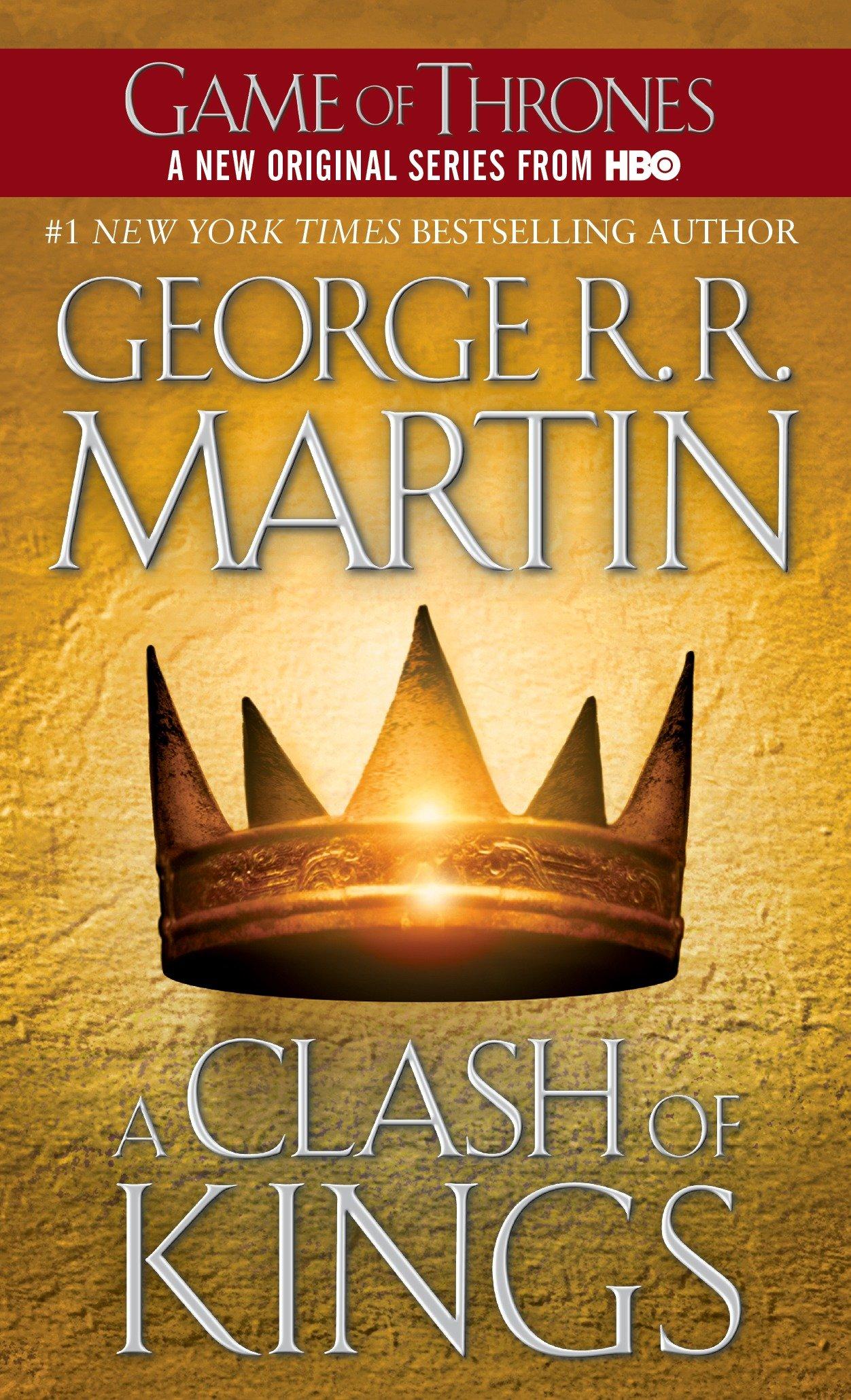 Weitere Ausgaben von A Song of Ice and Fire 02. A Clash of Kings

THE BOOK BEHIND THE SECOND SEASON OF GAME OF THRONES, AN ORIGINAL SERIES NOW ON HBO.
In this eagerly awaited sequel to A Game of Thrones, George R. R. Martin has created a work of unsurpassed vision, power, and imagination. A Clash of Kings transports us to a world of revelry and revenge, wizardry and warfare unlike any you have ever experienced.
A CLASH OF KINGS
A comet the color of blood and flame cuts across the sky. And from the ancient citadel of Dragonstone to the forbidding shores of Winterfell, chaos reigns. Six factions struggle for control of a divided land and the Iron Throne of the Seven Kingdoms, preparing to stake their claims through tempest, turmoil, and war. It is a tale in which brother plots against brother and the dead rise to walk in the night. Here a princess masquerades as an orphan boy; a knight of the mind prepares a poison for a treacherous sorceress; and wild men descend from the Mountains of the Moon to ravage the countryside. Against a backdrop of incest and fratricide, alchemy and murder, victory may go to the men and women possessed of the coldest steel...and the coldest hearts. For when kings clash, the whole land trembles.

ARYA
At Winterfell they had called her "Arya Horseface" and she'd thought nothing could be worse, but that was before the orphan boy Lommy Greenhands had named her "Lumpyhead."
Her head felt lumpy when she touched it. When Yoren had dragged her into that alley she'd thought he meant to kill her, but the sour old man had
only held her tight, sawing through her mats and tangles with his dagger. She remembered how the breeze sent the fistfuls of dirty brown hair skittering across the paving stones, toward the sept where her father had died. "I'm taking men and boys from the city," Yoren growled as the sharp steel scraped
at her head. "Now you hold still, boy." By the time he had finished, her scalp was nothing but tufts and stubble.
Afterward he told her that from there to Winterfell she'd be Arry the orphan boy. "Gate shouldn't be hard, but the road's another matter. You got a long way to go in bad company. I got thirty this time, men and boys all bound for the Wall, and don't be thinking they're like that bastard brother o' yours." He shook her. "Lord Eddard gave me pick o' the dungeons, and I didn't find no little lordlings down there. This lot, half o' them would turn you over to the queen quick as spit for a pardon and maybe a few silvers. The other half'd do the same, only they'd rape you first. So you keep to yourself and make your water in the woods, alone. That'll be the hardest part, the pissing, so don't drink no more'n you need."
Leaving King's Landing was easy, just like he'd said. The Lannister guardsmen on the gate were stopping everyone, but Yoren called one by name and their wagons were waved through. No one spared Arya a glance. They were looking for a highborn girl, daughter of the King's Hand, not for a skinny boy with his hair chopped off. Arya never looked back. She wished the Rush would rise and wash the whole city away, Flea Bottom and the Red Keep and the Great Sept and everything, and everyone too, especially Prince Joffrey and his mother. But she knew it wouldn't, and anyhow Sansa was still in the city
and would wash away too. When she remembered that, Arya decided to wish for Winterfell instead.
Yoren was wrong about the pissing, though. That wasn't the hardest part at all; Lommy Greenhands and Hot Pie were the hardest part. Orphan boys. Yoren had plucked some from the streets with promises of food for their bellies and shoes for their feet. The rest he'd found in chains. "The Watch needs good men," he told them as they set out, "but you lot will have to do."
Yoren had taken grown men from the dungeons as well, thieves and poachers and rapers and the like. The worst were the three he'd found in the black cells who must have scared even him, because he kept them fettered hand and foot in the back of a wagon, and vowed they'd stay in irons all the way to the Wall. One had no nose, only the hole in his face where it had been cut off, and the gross fat bald one with the pointed teeth and theweeping sores on his cheeks had eyes like nothing human.
They took five wagons out of King's Landing, laden with supplies for the Wall: hides and bolts of cloth, bars of pig iron, a cage of ravens, books and paper and ink, a bale of sourleaf, jars of oil, and chests of medicine and spices. Teams of plow horses pulled the wagons, and Yoren had bought two coursers and a half-dozen donkeys for the boys. Arya would have preferred a real horse, but the donkey was better th