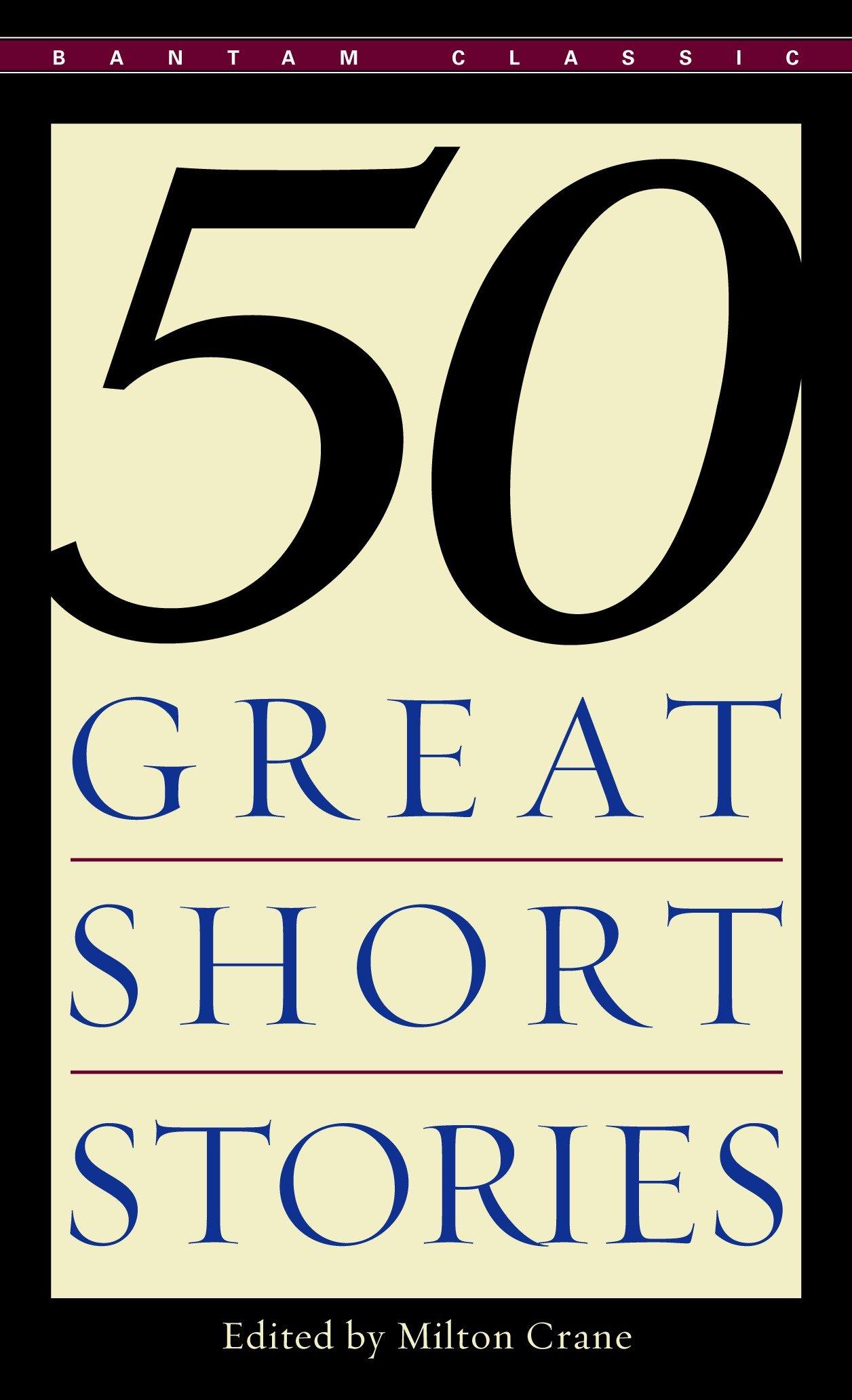 50 Great Short Stories is a comprehensive selection from the world's finest short fiction.

The variety in style and subject is enormous, but all these stories have one point in common-the enduring quality of the writing, which places them among the masterpieces of the world's fiction.

THE GARDEN PARTY
BY KATHERINE MANSFIELD

AND AFTER all the weather was ideal. They could not have had a more perfect day for a garden-party if they had ordered it. Windless, warm, the sky without a cloud. Only the blue was veiled with a haze of light gold, as it is sometimes in early summer. The gardener had been up since dawn, mowing the lawns and sweeping them, until the grass and the dark flat rosettes where the daisy plants had been seemed to shine. As for the roses, you could not help feeling they understood that roses are the only flowers that impress people at garden-parties; the only flowers that everybody is certain of knowing. Hundreds, yes, literally hundreds, had come out in a single night; the green bushes bowed down as though they had been visited by archangels.

Breakfast was not yet over before men came to put up the marquee.

"Where do you want the marquee put, mother?"

"My dear child, it's no use asking me. I'm determined to leave everything to you children this year. Forget I am your mother. Treat me as an honoured guest."

But Meg could not possibly go and supervise the men. She had washed her hair before breakfast, and she sat drinking her coffee in a green turban, with a dark wet curl stamped on each cheek. Jose, the butterfly, always came down in a silk petticoat and a kimono jacket.

"You'll have to go, Laura; you're the artistic one."

Away Laura flew, still holding her piece of bread-and-butter. It's so delicious to have an excuse for eating out of doors and besides, she loved to arrange things; she always felt she could do it so much better than anybody else.

Four men in their shirt-sleeves stood grouped together on the garden path. They carried staves covered with rolls of canvas, and they had big tool-bags slung on their backs. They looked impressive. Laura wished now that she had not got the bread-and-butter, but there was nowhere to put it, and she couldn't possibly throw it away. She blushed and tried to look severe and even a little bit short-sighted as she came up to them.

"Good morning," she said, copying her mother's voice. But that sounded so fearfully affected that she was ashamed, and stammered like a little girl, "Oh--er--have you come--is it about the marquee?"

"That's right, miss," said the tallest of the men, a lanky freckled fellow, and he shifted his tool-bag, knocked back his straw hat and smiled down at her. "That's about it."

His smile was so easy, so friendly that Laura recovered. What nice eyes he had, small, but such a dark blue! And now she looked at the others, they were smiling too. "Cheer up, we won't bite," their smile seemed to say. How very nice workmen were! And what a beautiful morning! She mustn't mention the morning; she must be business-like. The marquee.

"Well, what about the lily-lawn? Would that do?"

And she pointed to the lily-lawn with the hand that didn't hold the bread-and-butter. They turned, they stared in the direction. A little fat chap thrust out his under-lip, and the tall fellow frowned.

"I don't fancy it," said he. "Not conspicuous enough. You see, with a thing like a marquee," and he turned to Laura in his easy way, "you want to put it somewhere where it'll give you a bang slap in the eye, if you follow me."

Laura's upbringing made her wonder for a moment whether it was quite respectful of a workman to talk to her of bangs slap in the eye. But she did quite follow him.

"A corner of the tennis-court," she suggested. "But the band's going to be in one corner."

"H'm, going to have a band, are you?" said another of the workmen. He was pale. He had a haggard look as his dark eyes scanned the tennis-court. What was he thinking?