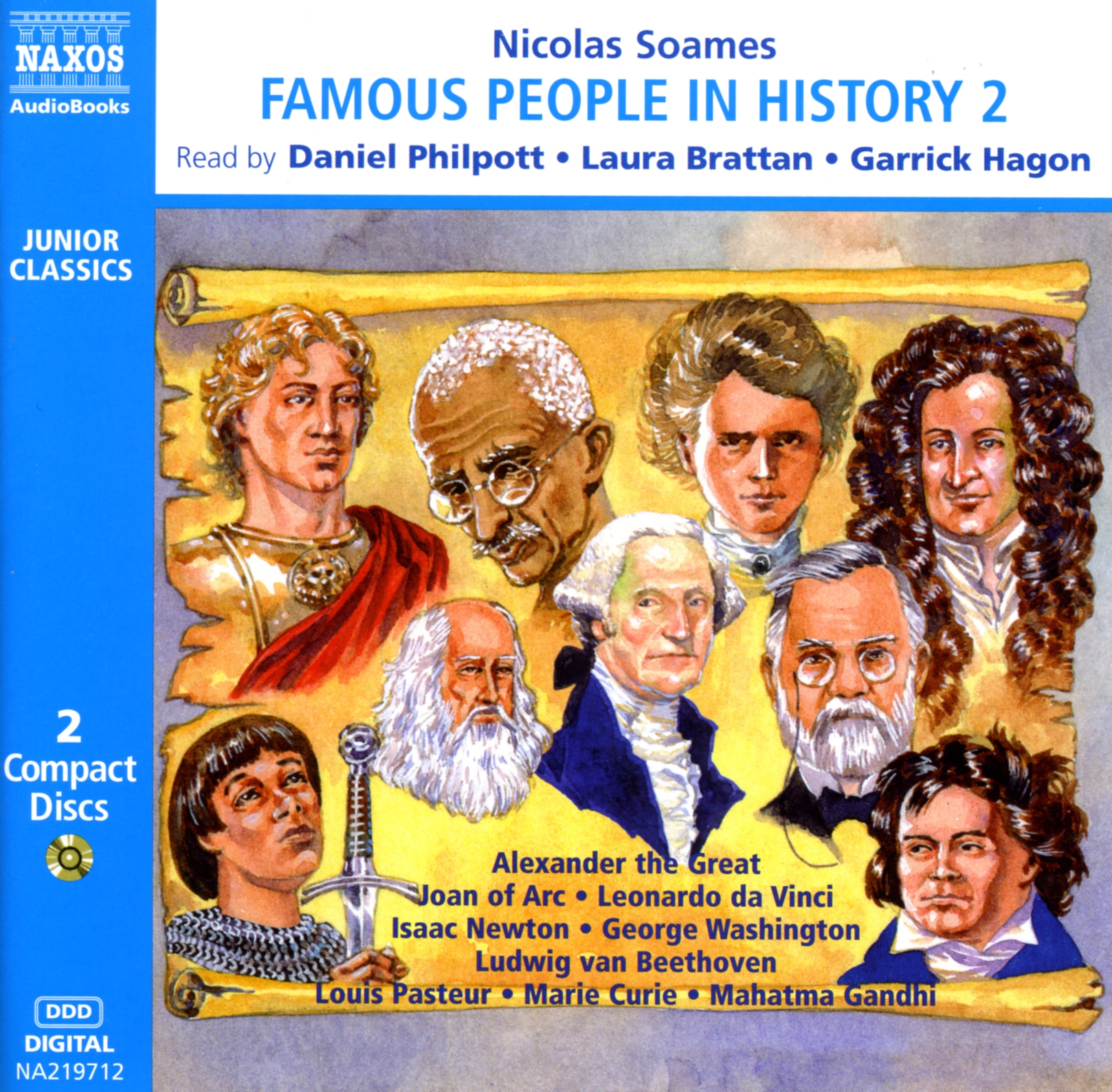 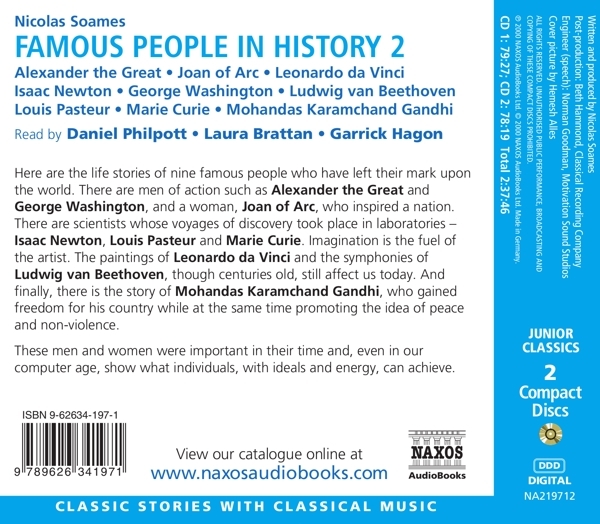 Bewertung:
Lieferzeit beträgt mind. 4 Wochen
(soweit verfügbar beim Lieferanten)
EUR 24,38*
Versandkosten
(in englischer Sprache)
There are men of action such as Alexander
the Great and George Washington, and a
woman, Joan of Arc, who inspired a nation.
There are scientists whose voyages of discovery
took place in laboratories - Isaac Newton,
Louis Pasteur and Maire Curie. Imagination is
the fuel of the artist. The paintings of
Leonardo da Vinci and the symphonies of
Ludwig van Beethoven, though centuries old,
still affect us today. And finally, there is
the story of Mohandas Karamchand Gandhi, who
gained freedom for his century while at the
same time promoting the idea of peace and
non-violence.
Sprecher: Daniel Philpoo, Laura Brattan,
Garrick Hagon (157 Min.)
There is a need for accessible short biographies of key people for younger listeners. Following the success of Famous People, Volume I, Nicolas Soames presents another varied group of men and women who have changed the course of history. This is the second volume of popular histories of famous people Alexander the Great, Joan of Arc, Leonardo da Vinci, Isaac Newton, George Washington, Ludwig van Beethoven, Louis Pasteur, Marie Curie and Mahatma Ghandi.

This audio-original series designed for 8-12 year-olds and written specially for Naxos AudioBooks recounts the energy, imagination, courage and determination that forever changed the world. The featured figures did not seek fame, but rather had a burning desire to do something -- and as a result, achieved a fame that will last as long as history is read and told and heard.
Alexander the Great, Joan of Arc, Leonardo da Vinci, Isaac Newton, Ludwig van Beethoven, Louis Pasteur, Marie Curie, Mahatma Gandhi & George Washington