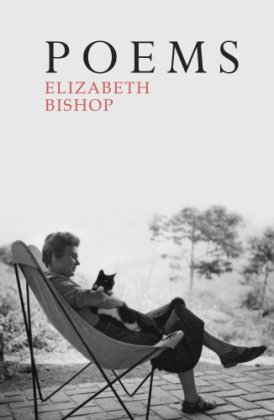 The definitive edition of the work of one of America's greatest poets.

This is the definitive centenary edition of the work of one of America's greatest poets, recognised today as a master of her art and acclaimed by poets and readers alike. Her poems display honesty and humour, grief and acceptance, observing nature and human nature with painstaking accuracy. They often start outwardly, with geography and landscape - from New England and Nova Scotia, where Bishop grew up, to Florida and Brazil, where she later lived - and move inexorably toward the interior, exploring questions of knowledge and perception, love and solitude, and the ability or inability of form to control chaos.

This new edition, edited by Saskia Hamilton, includes Bishop's four published volumes ( North & South , A Cold Spring , Questions of Travel and Geography III ), as well as uncollected poems, translations and an illuminating selection of unpublished manuscript poems, reproduced in facsimile, revealing exactly how finished, or unfinished, Bishop left them. It offers readers the opportunity to enjoy the complete poems of one of the most distinguished American poets of the twentieth century.

Elizabeth Bishop was born in Worcester, Massachusetts in 1911 and graduated from Vassar College in 1934. She travelled widely as an adult, living in Paris, Mexico, New York, Florida, and, for more than a decade, Brazil, before returning to the United States. Her work was immediately prized for its distinctive clarity, precision, and depth, and she was awarded the Pulitzer Prize, the National Book Award, and the National Book Critics Circle Award, among others. She died in Boston in 1979.