The Hitchhiker's Guide to the Galaxy

The Hitchhiker's Guide to the Galaxy
Buch 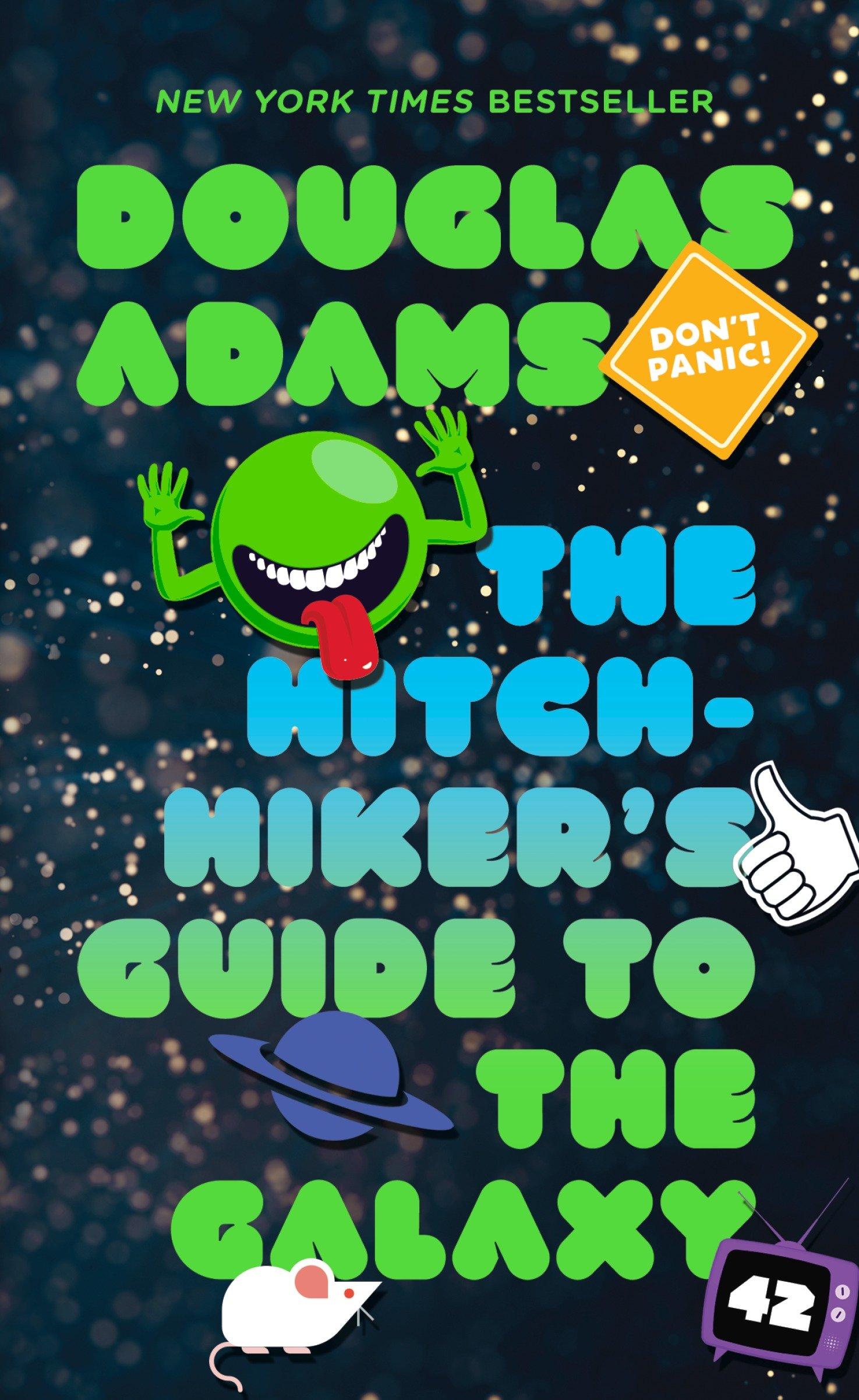 Weitere Ausgaben von The Hitchhiker's Guide to the Galaxy

"IRRESISTIBLE!"
--The Boston Globe
Seconds before the Earth is demolished to make way for a galactic freeway, Arthur Dent is plucked off the planet by his friend Ford Prefect, a researcher for the revised edition of The Hitchhiker's Guide to the Galaxy who, for the last fifteen years, has been posing as an out-of-work actor.
Together this dynamic pair begin a journey through space aided by quotes from The Hitchhiker's Guide ("A towel is about the most massively useful thing an interstellar hitchhiker can have") and a galaxy-full of fellow travelers: Zaphod Beeblebrox--the two-headed, three-armed ex-hippie and totally out-to-lunch president of the galaxy; Trillian, Zaphod's girlfriend (formally Tricia McMillan), whom Arthur tried to pick up at a cocktail party once upon a time zone; Marvin, a paranoid, brilliant, and chronically depressed robot; Veet Voojagig, a former graduate student who is obsessed with the disappearance of all the ballpoint pens he bought over the years.
Where are these pens? Why are we born? Why do we die? Why do we spend so much time between wearing digital watches? For all the answers stick your thumb to the stars. And don't forget to bring a towel!
"[A] WHIMSICAL ODYSSEY...Characters frolic through the galaxy with infectious joy."
--Publishers Weekly

Don't panic! Here are words of praise for The Hitchhiker's Guide to the Galaxy!
"It's science fiction and it's extremely funny...inspired lunacy that leaves hardly a science fiction cliche alive."
Washington Post
"The feckless protagonist, Arthur Dent, is reminiscent of Vonnegut heroes, and his travels afford a wild satire of present institutions."
Chicago Tribune
"Very simply, the book is one of the funniest SF spoofs ever written, with hyperbolic ideas folding in on themselves."
School Library Journal
"As parody, it's marvelous: It contains just about every science fiction cliche you can think of. As humor, it's, well, hysterical."

SOON TO BE A HULU SERIES • Now celebrating the pivotal 42nd anniversary of the original radio show on which the book was based.

Seconds before Earth is demolished to make way for a galactic freeway, Arthur Dent is plucked off the planet by his friend Ford Prefect, a researcher for the revised edition of The Hitchhiker's Guide to the Galaxy who, for the last fifteen years, has been posing as an out-of-work actor.

Together, this dynamic pair began a journey through space aided by a galaxyful of fellow travelers: Zaphod Beeblebrox-the two-headed, three-armed ex-hippie and totally out-to-lunch president of the galaxy; Trillian (formerly Tricia McMillan), Zaphod's girlfriend, whom Arthur tried to pick up at a cocktail party once upon a time zone; Marvin, a paranoid, brilliant, and chronically depressed robot; and Veet Voojagig, a former graduate student obsessed with the disappearance of all the ballpoint pens he's bought over the years.

Where are these pens? Why are we born? Why do we die? For all the answers, stick your thumb to the stars!

Praise for The Hitchhiker's Guide to the Galaxy

"A whimsical oddyssey . . . Characters frolic through the galaxy with infectious joy."-Publishers Weekly


Chapter One
The house stood on a slight rise just on the edge of the
village. It stood on its own and looked out over a broad
spread of West Country farmland. Not a remarkable house
by any means - it was about thirty years old, squattish, squarish, made of brick, and had four windows set in the front of a size and proportion which more or less exactly failed to please the eye.
The only person for whom the house was in any way special was Arthur Dent, and that was only because it happened to be the one he lived in. He had lived in it for about three years, ever since he had moved out of London because it made him nervous and irritable. He was about thirty as well, tall, dark-haired and never quite at ease with himself. The thing that used to worry him most was the fact that people always used to ask him what he was looking so worried about. He worked in local radio which he always used to tell his friends was a lot more interesting than they probably thought. It was, too - most of his friends worked in advertising.
On Wednesday night it had rained very heavily, the lane was wet and muddy, but the Thursday morning sun was bright and clear as it shone on Arthur Dent's house for what was to be the last time.
It hadn't properly registered yet with Arthur that the council wanted to knock it down and build a bypass instead.

At eight o'clock on Thursday morning Arthur didn't feel very good. He woke up blearily, got up, wandered blearily round his room, opened a window, saw a bulldozer, found his slippers, and stomped off to the bathroom to wash.
Toothpaste on the brush - so. Scrub.
Shaving mirror - pointing at the ceiling. He adjusted it. For a moment it reflected a second bulldozer through the bathroom window. Properly adjusted, it reflected Arthur Dent's bristles. He shaved them off, washed, dried and stomped off to the kitchen to find something pleasant to put in his mouth.
Kettle, plug, fridge, milk, coffee. Yawn.
The word bulldozer wandered through his mind for a moment in search of something to connect with.
The bulldozer outside the kitchen window was quite a big one.
He stared at it.
"Yellow," he thought, and stomped off back to his bedroom to get dressed.
Passing the bathroom he stopped to drink a large glass of water, and another. He began to suspect that he was hung over. Why was he hung over? Had he been drinking the night be- fore? He supposed that he must have been. He caught a glint in the shaving mirror. "Yellow," he thought, and stomped on to the bedroom.
He stood and thought. The pub, he thought. Oh dear, the pub. He vaguely remembered being angry, angry about something that seemed important. He'd been telling people about it, telling people about it at great length, he rather suspected: his clearest visual recollection was of glazed looks on other people's faces. Something about a new bypass he'd just found out about. It had been in the pipeline for months only no one seemed to have known about it. Ridiculous. He took a swig of water. It would sort itself out, he'd decided, no one wanted a bypass, the council didn't have a leg to stand on. It would sort itself out.
God, what a terrible hangover it had earned him though. He looked at himself in the wardrobe mirror. He stuck out his tongue. "Yellow," he thought. The word yellow wandered through his mind in search of something to connect with.
Fifteen seconds later he was out of the house and lying in front of a big yellow bulldozer that was advancing up his garden path.
Mr. L. Prosser was, as they say, only human. In other words he was a carbon-based bipedal life form descended from an ape. More specifically he was forty, fat and shabby and worked for the local counc