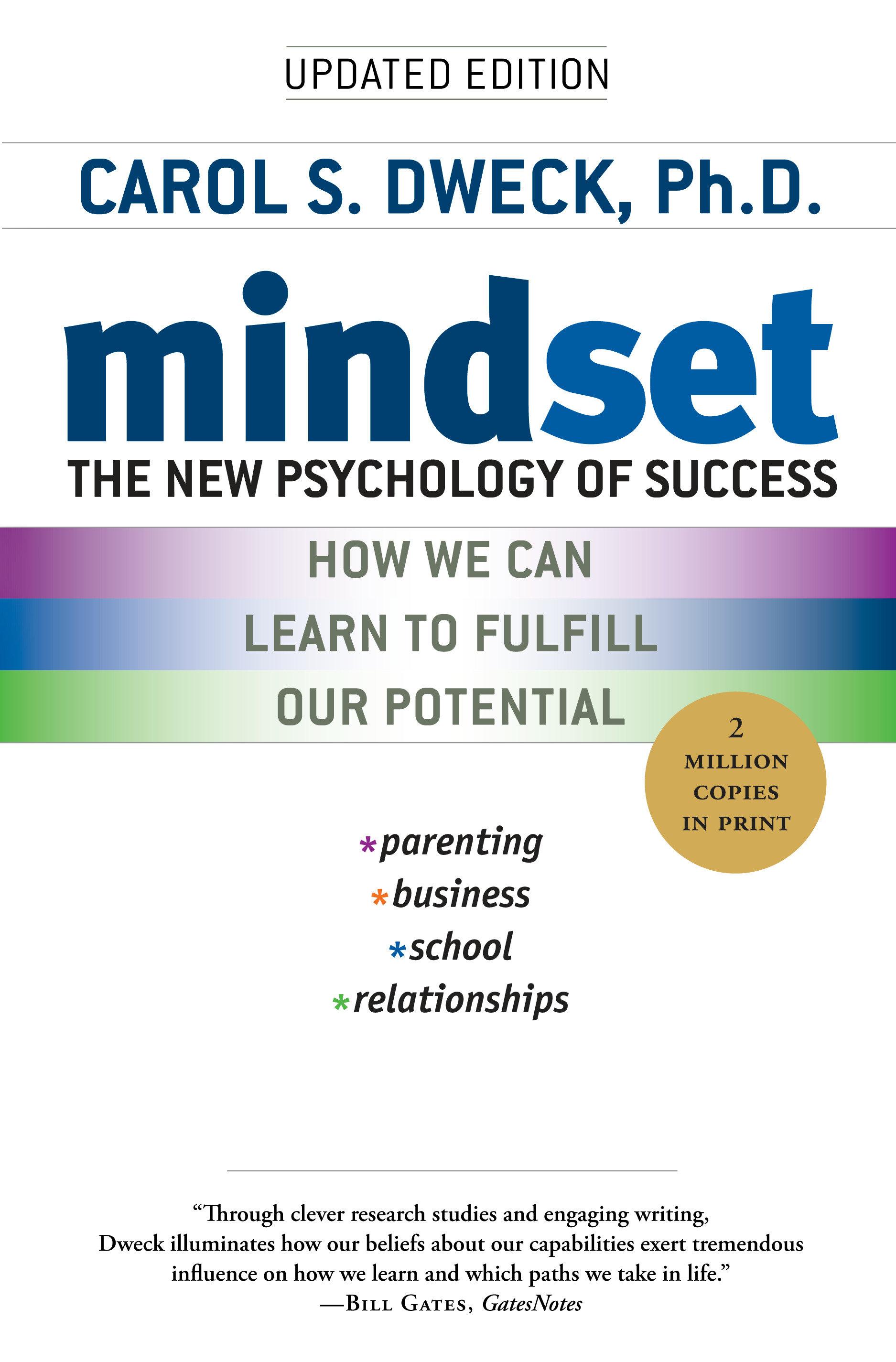 World-renowned Stanford University psychologist Carol Dweck, in decades of research on achievement and success, has discovered a truly groundbreaking idea–the power of our mindset.

Dweck explains why it's not just our abilities and talent that bring us success–but whether we approach them with a fixed or growth mindset. She makes clear why praising intelligence and ability doesn't foster self-esteem and lead to accomplishment, but may actually jeopardize success. With the right mindset, we can motivate our kids and help them to raise their grades, as well as reach our own goals–personal and professional. Dweck reveals what all great parents, teachers, CEOs, and athletes already know: how a simple idea about the brain can create a love of learning and a resilience that is the basis of great accomplishment in every area.

"Everyone should read this book." - Chip and Dan Heath, authors of Switch and Made to Stick

"Will prove to be one of the most influential books ever about motivation." - Po Bronson, author of NurtureShock

"A good book is one whose advice you believe. A great book is one whose advice you follow. I have found Carol Dweck's work on mindsets invaluable in my own life, and even life-changing in my attitudes toward the challenges that, over the years, become more demanding rather than less. This is a book that can change your life, as its ideas have changed mine." - Robert J. Sternberg, IBM Professor of Education and Psychology at Yale University, director of the PACE Center of Yale University, and author of Successful Intelligence

"If you manage any people or if you are a parent (which is a form of managing people), drop everything and read Mindset ."–Guy Kawasaki, author of The Art of the Start and the blog How to Change the World

"Highly recommended . . . an essential read for parents, teachers [and] coaches . . . as well as for those who would like to increase their own feelings of success and fulfillment." –Library Journal, starred review

"A serious, practical book. Dweck's overall assertion that rigid thinking benefits no one, least of all yourself, and that a change of mind is always possible, is welcome." –Publishers Weekly

"A wonderfully elegant idea . . . It is a great book."–Edward M. Hallowell, M. D., author of Delivered from Distraction

The updated edition of the book that has changed millions of lives with its insights into the growth mindset.

After decades of research, world-renowned Stanford University psychologist Carol S. Dweck, Ph. D., discovered a simple but groundbreaking idea: the power of mindset. In this brilliant book, she shows how success in school, work, sports, the arts, and almost every area of human endeavor can be dramatically influenced by how we think about our talents and abilities. People with a fixed mindset-those who believe that abilities are fixed-are less likely to flourish than those with a growth mindset-those who believe that abilities can be developed. Mindset reveals how great parents, teachers, managers, and athletes can put this idea to use to foster outstanding accomplishment.

In this edition, Dweck offers new insights into her now famous and broadly embraced concept. She introduces a phenomenon she calls false growth mindset and guides people toward adopting a deeper, truer growth mindset. She also expands the mindset concept beyond the individual, applying it to the cultures of groups and organizations. With the right mindset, you can motivate those you lead, teach, and love-to transform their lives and your own.

"An essential read for parents, teachers [and] coaches . . . as well as for those who would like to increase their own feelings of success and fulfillment."-Library Journal (starred review)

"Everyone should read this book."-Chip Heath and Dan Heath, authors of Made to Stick

"One of the most influential books ever about motivation."-Po Bronson, author of NurtureShock

"If you manage people or are a parent (which is a form of managing people), drop everything and read Mindset."-Guy Kawasaki, author of The Art of the Start 2.0

As a young researcher, just starting out, something happened that changed my life. I was obsessed with understanding how people cope with failures, and I decided to study it by watching how students grapple with hard problems. So I brought children one at a time to a room in their school, made them comfortable, and then gave them a series of puzzles to solve. The first ones were fairly easy, but the next ones were hard. As the students grunted, perspired, and toiled, I watched their strategies and probed what they were thinking and feeling. I expected differences among children in how they coped with the difficulty, but I saw something I never expected.

Confronted with the hard puzzles, one ten-year-old boy pulled up his chair, rubbed his hands together, smacked his lips, and cried out, "I love a challenge!" Another, sweating away on these puzzles, looked up with a pleased expression and said with authority, "You know, I was hoping this would be informative!"

What's wrong with them? I wondered. I always thought you coped with failure or you didn't cope with failure. I never thought anyone loved failure. Were these alien children or were they on to something?

Everyone has a role model, someone who pointed the way at a critical moment in their lives. These children were my role models. They obviously knew something I didn't and I was determined to figure it out - to understand the kind of mindset that could turn a failure into a gift.

What did they know? They knew that human qualities, such as intellectual skills, could be cultivated through effort. And that's what they were doing - getting smarter. Not only weren't they discouraged by failure, they didn't even think they were failing. They thought they were learning.

I, on the other hand, thought human qualities were carved in stone. You were smart or you weren't, and failure meant you weren't. It was that simple. If you could arrange successes and avoid failures (at all costs), you could stay smart. Struggles, mistakes, perseverance were just not part of this picture.

Whether human qualities are things that can be cultivated or things that are carved in stone is an old issue. What these beliefs mean for you is a new one: What are the consequences of thinking that your intelligence or personality is something you can develop, as opposed to something that is a fixed, deep-seated trait? Let's first look in on the age-old, fiercely waged debate about human nature and then return to the question of what these beliefs mean for you.

WHY DO PEOPLE DIFFER?

Since the dawn of time, people have thought differently, acted differently, and fared differently from each other. It was guaranteed that someone would ask the question of why people differed - why some people are smarter or more moral - and whether there was something that made them permanently different. Experts lined up on both sides. Some claimed that there was a strong physical basis for these differences, making them unavoidable and unalterable. Through the ages, these alleged physical differences have included bumps on the skull (phrenology), the size and shape of the skull (craniology), and, today, genes.

Others pointed to the strong differences in people's backgrounds, experiences, training, or ways of learning. It may surprise you to know that a big champion of this view was Alfred Binet, the inventor of the IQ test. Wasn't the IQ test meant to summarize children's unchangeable intelligence? In fact, no. Binet, a Frenchman working in Paris in the early twentieth century, designed this test to identify children who were not profiting from the Paris public schools, so that new e