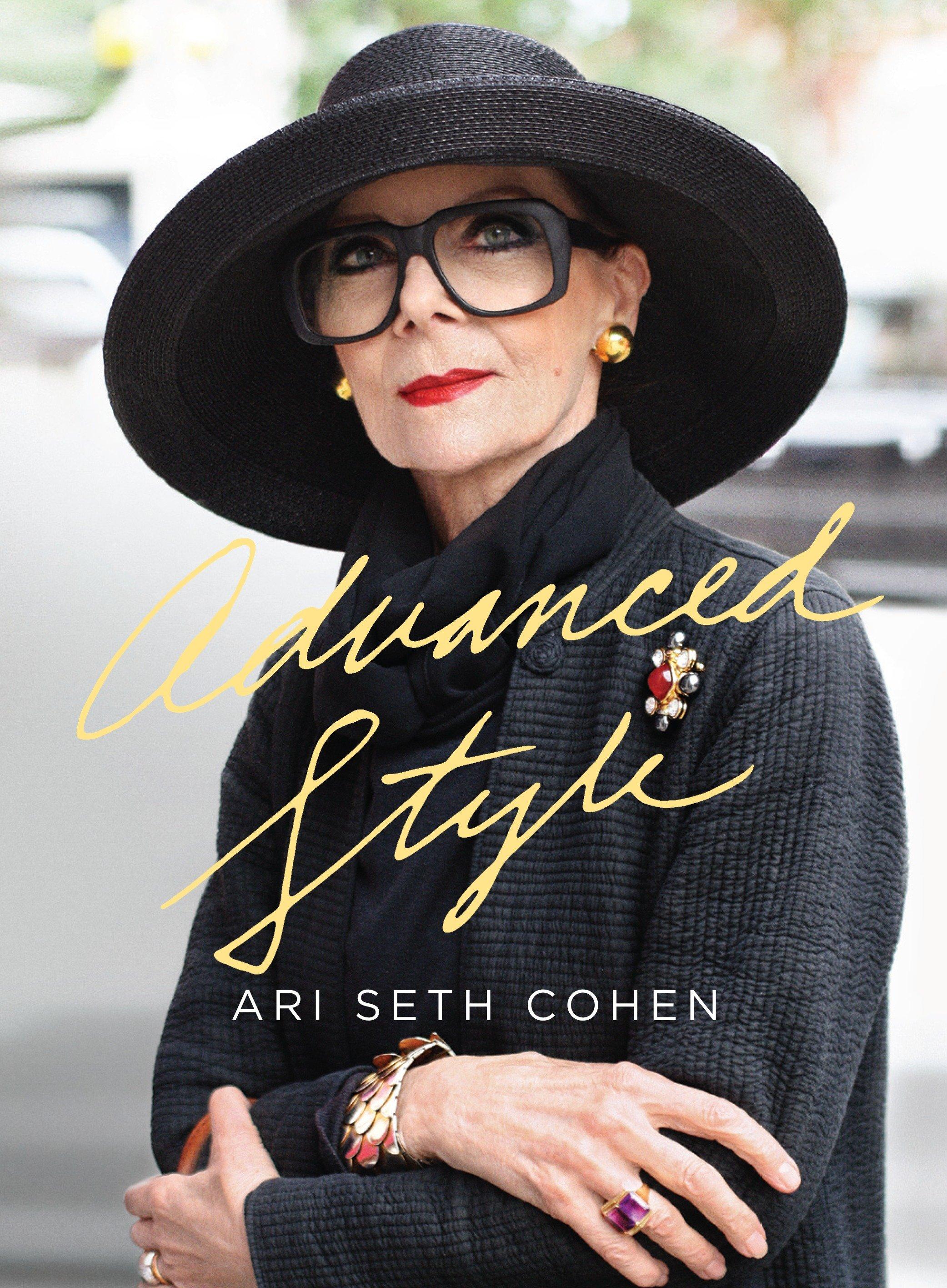 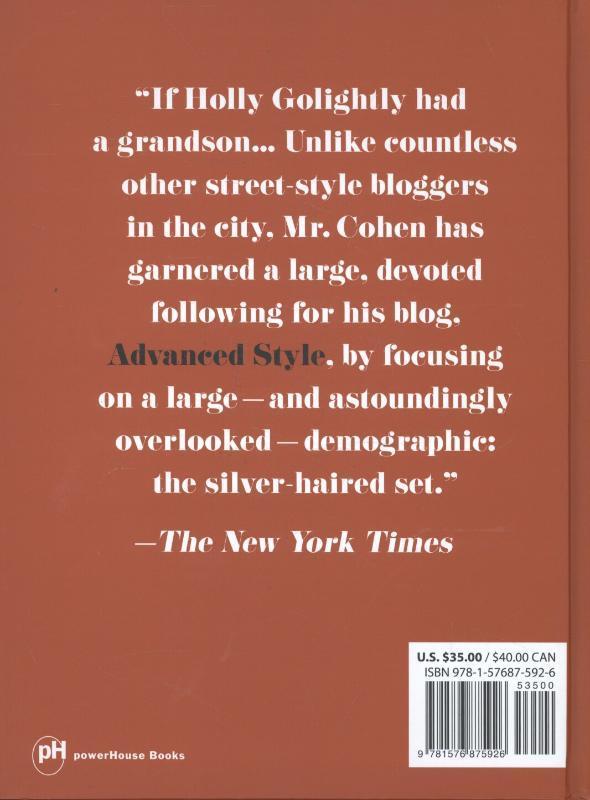 Collects pictures of the street fashion of older women and includes brief biographies on a few of them.

Advanced Style is Ari Seth Cohen's blog-based ode to the confidence, beauty, and fashion that can only be achieved through the experience of a life lived glamorously. It is a collection of street fashion unlike any seen before - focused on the over-60 set in the world's most stylish locales. The (mostly) ladies of Advanced Style are enjoying their later years with grace and panache, marching to the beat of their own drummer. These timeless images and words of wisdom provide fashion inspiration for all ages and prove that age is nothing but a state of mind.

Ari Seth Cohen started his blog inspired by his own grandmother's unique personal style and his lifelong interest in the put-together fashion of vibrant seniors. Each of his subjects sparkles like a diamond after long years spent refining and perfecting their individual look and approach to life. The Advanced Style book will showcase, in luscious full-color, the best of the blog, but will also act as a true guidebook with all-new material featuring wardrobes, interviews, stories, and advice from a cadre of his most chic subjects, along with a large selection of never-before-seen photography - fresh off of sidewalk catwalks around the world!

"In print and on film, Mr. Cohen's arrestingly bedizened models embrace fashion with a sense of play."
Ruth LaFerla, The New York Times

"For all those who are sick and tired of seeing style and fashion presented solely as a young woman's game, behold 'Advanced Style.'"
Los Angeles Times

"a beautiful catalog of women who aren't over the hill, but rather ahead of the curve."
New York Post

" Advanced Style likely owes its rapid ascent in part to the dearth of attention paid anyone over 30 in popular culture. How the opportunity was missed is anyone's guess: According to 2010 census estimates, Americans 65 and older constitute 13 percent of the population. Those 45 and over - still two to three times the age of most female models - constitute more than 39 percent." New York Times

"'The women who I photograph are confident. They know what they like, they know what suits their bodies, and they're dressing for themselves. They don't dress based on trends.'" Ari Seth Cohen, New York Times

"These gorgeous ladies take away the fear of aging and give us all something to look forward to." Huffington Post

"These women are proof that personal style advances with age"
StyleList

"I was best friends with my grandmother growing up, and was always inspired by her energy and wisdom. I wanted to show that creativity, style, and vitality advance with age, and hopefully help change people's ideas about getting older."
Ari Seth Cohen, StyleCaster

Young fashionista Cohen showcases real style as modelled by his grandmother. Based on his popular blog.