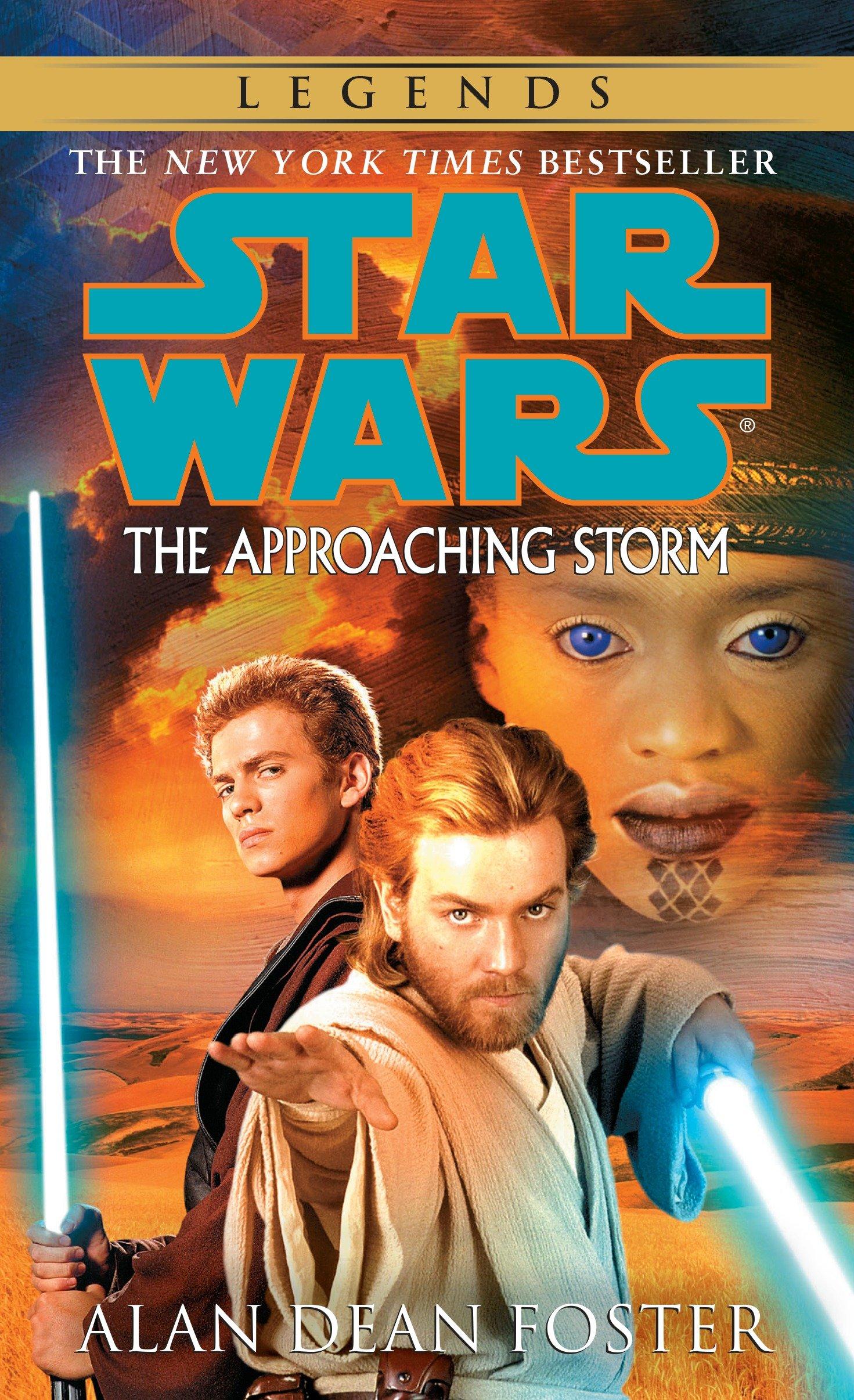 "The best things are the new creations. The landscape and animal life of Ansion is wonderfully described. . . . [along with] some excellent fight scenes and a display of lightsaber gymnastics."
- SFX Magazine
"FOSTER DELVES INTO THE INTERNAL CONFLICT OF ANAKIN SKYWALKER AND THE PSYCHE OF THE JEDI."
- USA Today

"ENTERTAINING AND INTELLIGENT . . . This book is pure class all the way. . . . The final page is a great climax.”
-Starburst

The Republic is decaying, even under the leadership of Supreme Chancellor Palpatine, who was elected to save the galaxy from collapsing under the forces of discontent. On the tiny but strategic planet of Ansion, a powerful faction is on the verge of joining the growing secessionist movement. At the Chancellor's request, the Jedi Council sends two Jedi Knights, Obi-Wan Kenobi and Luminara Unduli, along with their Padawans Anakin Skywalker and Barriss Offee, to stabilize the planet's population. To succeed, the Jedi will have to fulfill near-impossible tasks, befriend wary strangers, and influence two great armies, stalked all the while by an enemy sworn to see the negotiations collapse and the mission fail. . . .

Chapter Two
" Haja , sweet scent--what're you hiding under that big ol' robe?"
Luminara Unduli did not look up at the large, unshaven, rough-hewn, and unpleasantly fragrant man
or his equally coarse and malodorous companions. She treated their knowing grins, the eager forward tilt of their
bodies, and their leering eyes with equal indifference--though
their collective body odor was some-what harder to ignore.
Patiently, she raised the spoonful of hot stew to her lips,
the lower of which was stained a permanent purplish black.
A series of interlocking black diamonds tattooed her chin,
while more intricate markings decorated the joints of her
fingers. The olive color of her skin contrasted strikingly
with the deep blue of her eyes.
These rose to regard the younger woman who was seated on the other side
of the table. Barriss Offee's attention shifted between her teacher and
the men crowding uncomfortably close around the two of them. Luminara
smiled to herself. A good person, was Barriss. Observant and thoughtful,
if occasionally impulsive. For now, the young woman held her peace, kept
eating, and said nothing. A judicious reaction, the older woman knew.
She's letting me take the lead, as she should .
The man who had voiced the impropriety whispered some-thing to one of
his friends. There was a ripple of crude, unpleasant laughter. Leaning
closer, he put a hand on Luminara's cloth-draped shoulder. "I asked you
a question, darlin'. Now, are you gonna show us what's under this lovely
soft robe of yours, or d'you want us to take a peek ourselves?" An air
of pheromone-charged expectation had gripped his companions. Huddled
over their food, a few of the establishment's other diners turned to
look, but none moved to voice outrage at what was happening or to
interfere.
Spoon pausing before her lips, Luminara seemed to devote greater
contemplation to its contents than to the insistent query. With a sigh,
she finally downed the spoonful of stew and reached down with her free
right hand. "I suppose if you really want to see . . ."
One of the men grinned broadly and nudged his hulking companion in the
ribs. A couple of others crowded closer still, so that they were all but
leaning over the table. Luminara pulled a portion of her outer robe
aside, the intricate designs on the copper- and bronze-colored metal
bands that covered her upper forearms glinting in the diffuse light of
the tavern.
Beneath the robe was a metal and leather belt. Attached to
the belt were several small and unexpectedly sophisticated examples of
precision engineering. One of these was cylindrical, highly polished,
and designed to fit comfortably in a closed hand. The aggressive
spokesman for the group squinted at it, his expression slightly
confused. Behind him, a couple of his heretofore hopeful cronies
abandoned their leering expressions faster than a smuggler's ship making
an emergency jump to hyperspace.
"Mathos preserve us! That's a Jedi lightsaber!"
Expressions falling like hard rain, the band of would-be aggressors
began to back off, split up, and drift hurriedly away. Unexpectedly
deserted, their erstwhile leader was unwilling to admit defeat so
quickly. He stared at the gleaming metal cylinder.
"Not a chance, no. A 'Jedi' lightsaber, is it?" He glared belligerently
at the suddenly enigmatic object of his attentions. "I suppose that
would make you a 'Jedi Knight,' sweet splash? A lovely, lithe Jedi at
that!" He snorted derisively. "Sure and that's no Jedi lightsaber, is
it? Is it?" he growled insistently when she failed to respond.
Finishing another spoonful of her meal, Luminara Unduli carefully set
the utensil down on her nearly empty plate, delicately patted