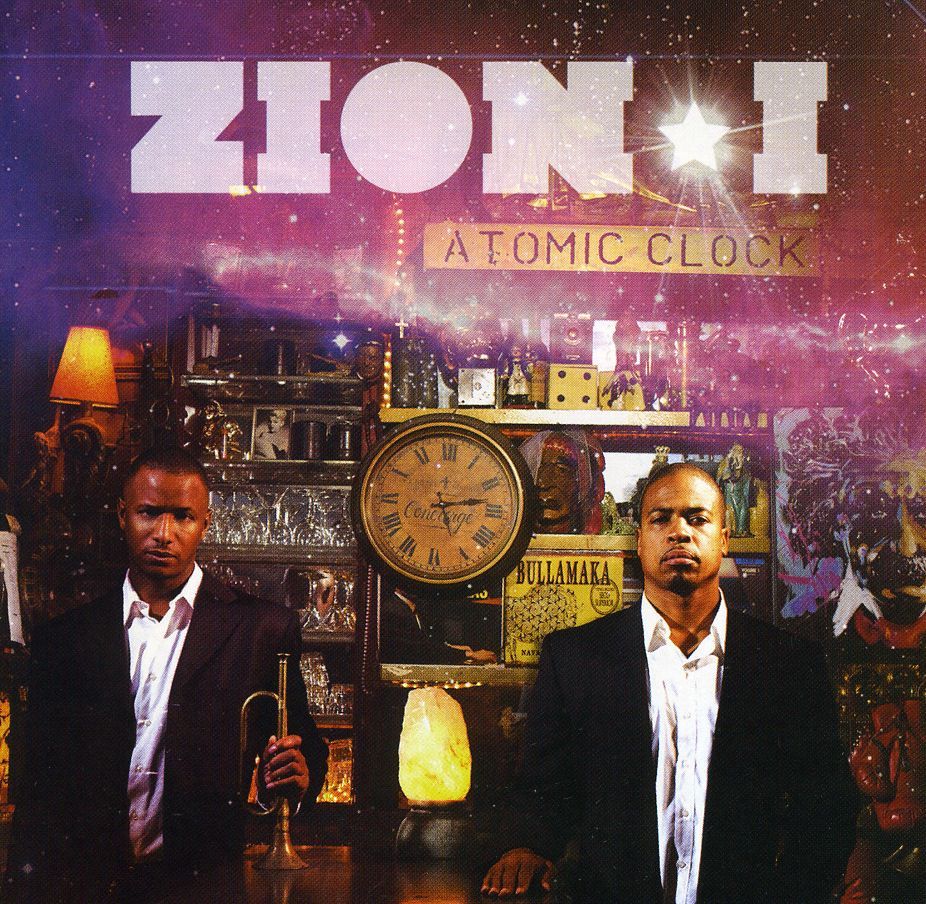 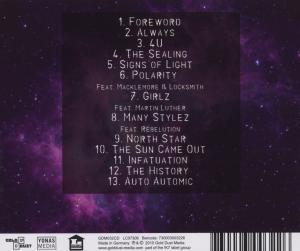 While the group's roots are still firmly planted in hip-hop, Atomic Clock's cavernous, atmospheric vibe recalls both the classic roots reggae of Max Romeo and The Congos and forward-thinking dub mixing of UK artists such as Adrian Sherwood. "The Takeover was a very external record and we wanted to focus on fun, party music," says emcee Zumbi AKA Zion. "This one is much more reflective and internal. We didn't want to just recreate what we did last album. Art is not about living in the past."

For Atomic Clock, the duo employed live musicians to flesh out producer Amp Live's original beats and thicken the overall sound. For many of Atomic Clock's tracks, Amp would create the skeleton of the beat himself for the initial direction before collaborating with the group's live musicians to complement the sound and, in certain cases, redo the track live. In stark contrast to The Takeover, which saw Amp and Zumbi e-mail verses and beats to each other to constantly tweak each song, the group and their collaborators engaged in days-long jam sessions, for the first time in their career, to best enunciate Amp's initial idea.

For Zumbi, the writing style on Atomic Clock was much more instinctive than on past albums, and the result is a litany of emotionally introspective, brutally honest songs that both relay the emcee's personal experience and delve into weighty topics including the transient nature of time.

This extends to the title. "The Atomic Clock is the most precise timing device on the planet and I thought that applied to the immaculate timing and rhythm it takes between musicians in one room to make good music," says Zumbi. "But also, I feel that time is speeding up on the planet and it seems like it's dilating and contracting really quickly. We're living in such an interesting time and I think time is on everyone's mind in one way or another. Everything is exponential now."

On Atomic Clock, the group employs their usual mix of sonic exploration and unbridled creativity. "4U," with its choir vocals, soulful keyboards, and rock guitars, could be a lost Sly and the Family Stone track, while the horn blasts and heavy, electric guitars of "Always" supplement Zumbi's optimistic hook of "Love conquers always / Gotta keep your head up." "Many Stylez," featuring reggae band Rebelution (the album also features guest spots by emcees Locksmith and Macklemore and vocalists Courtney Holiday and Crystal Monee Hall), deftly defers to the genre's roots, and the atmospheric beat of "North Star" complements the central idea of being open to guidance in one's life.

On "History," the group's most insightful and candid track, Zumbi recalls the duo's autobiography from prior to the group's formation until now. "We've been doing music a long time and sometimes you forget how long you've been at and how many places you've been," admits the emcee. "I think it's good to look back for a second before keeping it moving." Keeping it moving is something Zumbi and Amp Live have never had problems doing and Atomic Clock stands as another engaging expression of the group's mind, heart and soul.