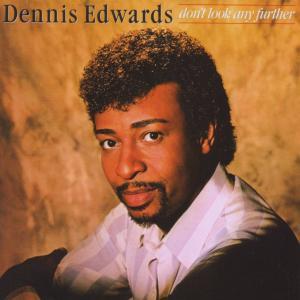 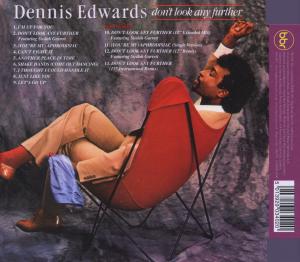 Born February 1943 in Birmingham, Alabama, Dennis Edwards began his singing career at a very early age when he began singing in his father’s church choir at the tender age of 2. After moving to Detroit several years later, Edwards continued his passion for singing in a number of groups and later formed his own Soul / Jazz outfit called Dennis Edwards and the Fireballs and in 1967 joined The Contours before leaving to replace David Ruffin as The Temptations lead singer the following year.

After a very successful period with The Temptations, winning two Grammy Awards for the songs Cloud Nine and Papa Was A Rolling Stone, it was time for Edwards to try a second attempt at his solo career on Motown, this time with great success! 1984 saw the release of DON T LOOK ANY FURTHER. Produced by Dennis Lambert, and featuring support vocals from the likes of Paulette Williams who was the first lead singer of Rufus before Chaka Khan, the album soared into the top 50 in the Pop charts and #2 spot in the R&B charts. The title track, a duet with Siedah Garrett, also known for her duet with Michael Jackson on I Just Cant Stop Loving.

You and co-writer of Man In The Mirror, features a timeless bass line and Dennis Edwards smooth vocals lock it down into a serious groove making it easy to see why it became a UK hit twice in the eighties and a timeless dance classic. Other notable tracks are the soulful second single, You’re My Aphrodisiac which climbed to #15 R&B and the funky synth-led, Cant Fight It.