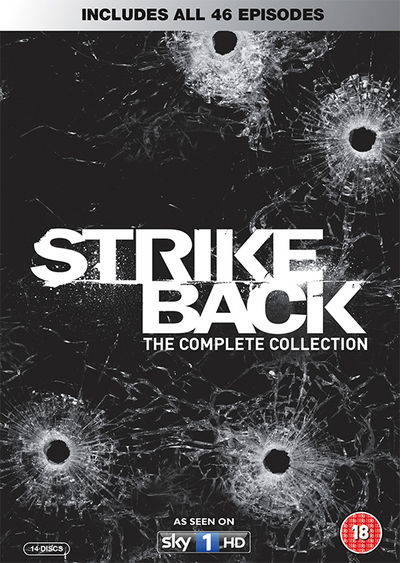 Every episode of the action drama series based on the novel by former Special Forces operative Chris Ryan. The first series follows ex-SAS Sergeant John Porter (Richard Armitage) and MI6 officer Hugh Collinson (Andrew Lincoln) seven years after they participated in an operation in which two soldiers were killed. The second series, 'Project Dawn', follows the efforts of Section 20 agents Michael Stonebridge (Philip Winchester) and Damien Scott (Sullivan Stapleton), as they try to put an end to an international terrorist group after Porter is kidnapped. The third series, 'Vengeance', finds Section 20 in Africa trying to stop billionaire Conrad Knox (Charles Dance) who aims to use stolen Libyan nuclear devices to further his plans for domination. In the fourth series, 'Shadow Warfare', following the execution of a Section 20 operative in Lebanon by Leo Kamali (Zubin Varla), a member of Al-Zuhari's terrorist organisation, Scott and Stonebridge travel to Columbia to try and take him alive. In the fifth series 'Legacy', Section 20 continue their globetrotting military missions as Sgts. Stonebridge and Scott travel to Thailand to find the kidnapped daughter of the British Ambassador where they are caught up in a plot to bomb the embassy. After a North Korean general dies in the blast, Stonebridge and Scott investigate the covert crime syndicate known as Office 39 who planned the attack to provoke a North Korean war with the West.