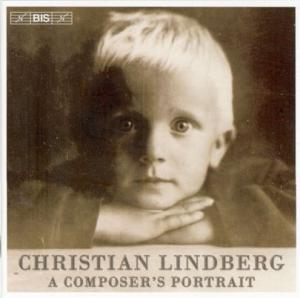 Bewertung:
versandfertig innerhalb von 1-3 Tagen
(soweit verfügbar beim Lieferanten)
EUR 19,99*
Versandkosten
For a musician to cross over into con­duct­ing is not unheard of – much rarer nowadays is the instrumental virtuoso who composes. But Christian Lind­berg again proves the exception. Having carved out his very own niche as a trombone soloist by astonishing a whole world with the brilliance of his play­ing, he started to write music mainly for his own use. This has led to a long list of commis­sions to fill, from individual musicians as well as from institutions such as the Chicago Symphony Orchestra and the Scottish Chamber Orchestra. This portrait disc – on which Christian Lindberg appears not only as composer, but also as soloist and conductor! – contains works written between 1999-2004. Inspired by sources as diverse as Swedish playwright August Strindberg – ‘…ty solen är uppe’ (‘…for the Sun is Arisen’) for trombone and male choir – or a Brazilian documentary – The World of Montuagretta for flute and orchestra – these works gives a fascinating insight into the creative imagination of their composer. And while several of them have originated from a narrative idea, they are not intended as programme music. Indeed, in his own liner notes, Christian Lindberg states his ambition clearly: ‘My only goal has been to write music that interests me personally, and that I myself find attractive.’ Presented by world-leading soloists (Christian Lindberg himself, Sharon Bezaly and Ole Edvard Antonsen), ensembles and orchestras, this music will surely be found both interesting and attractive by many others too.

With this CD, the trilogy of discs intended as a celebration of Lindberg’s versatility and of his 20 years of recording on BIS, is complete: Lindberg the soloist (Classical Trombone Concertos), the conductor and now the composer.