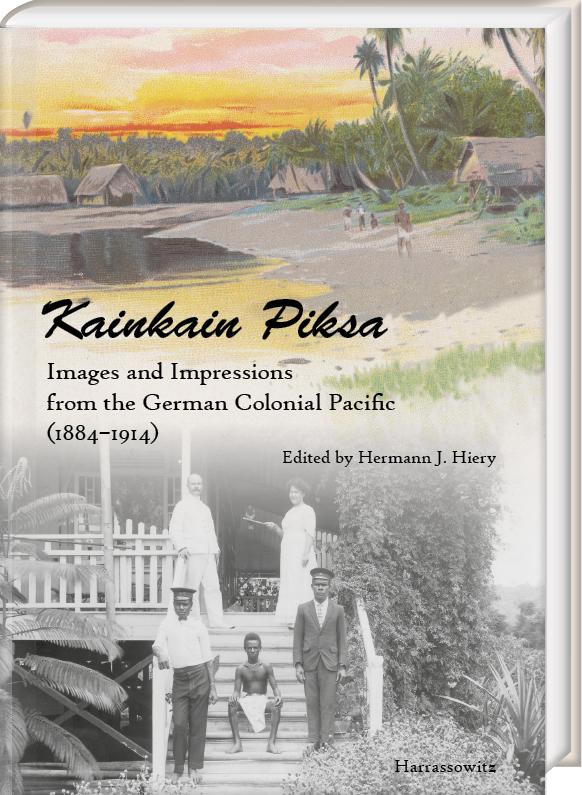 From 1884 on, Germany established a colonial empire in the Pacific islands. By 1914 it stretched over a vast area, covering a myriad of islands in Melanesia, Micronesia and Polynesia. While the number of Germans was relatively small, many Germans arrived being equipped with the most recent technology of the time. Usually, this included a camera. It is surprising, how many photographs were taken by government officials, missionaries and private individuals such as planters and businesspeople.
This book presents Kainkain Piksa taken during the German colonial period. While some of them depict various aspects of German colonial rule, this book is more than pictorial evidence of the German colonial period in the Pacific islands. It is an important photographic source of Pacific Islanders and how they lived more than a hundred years ago - in what today are the Federated States of Micronesia, the Marshall Islands, the Northern Marianas, Nauru, Palau, Papua New Guinea, Samoa and the Solomons. Kainkain Piksa shows ordinary people as well as local and Pacific celebrities of the time, whose names and deeds are still known, albeit just to their ethnic group or family. Not a few Pacific Islanders will find portraits of men and women who are actually their ancestors. Further photographs demonstrate the ancient state of places which have been transformed so much that they are hardly recognizable anymore.
Kainkain Piksa is a collection of the most interesting photographs Hermann J. Hiery discovered during his many years of research in numerous government, mission, and private archives. Many are published here for the first time.