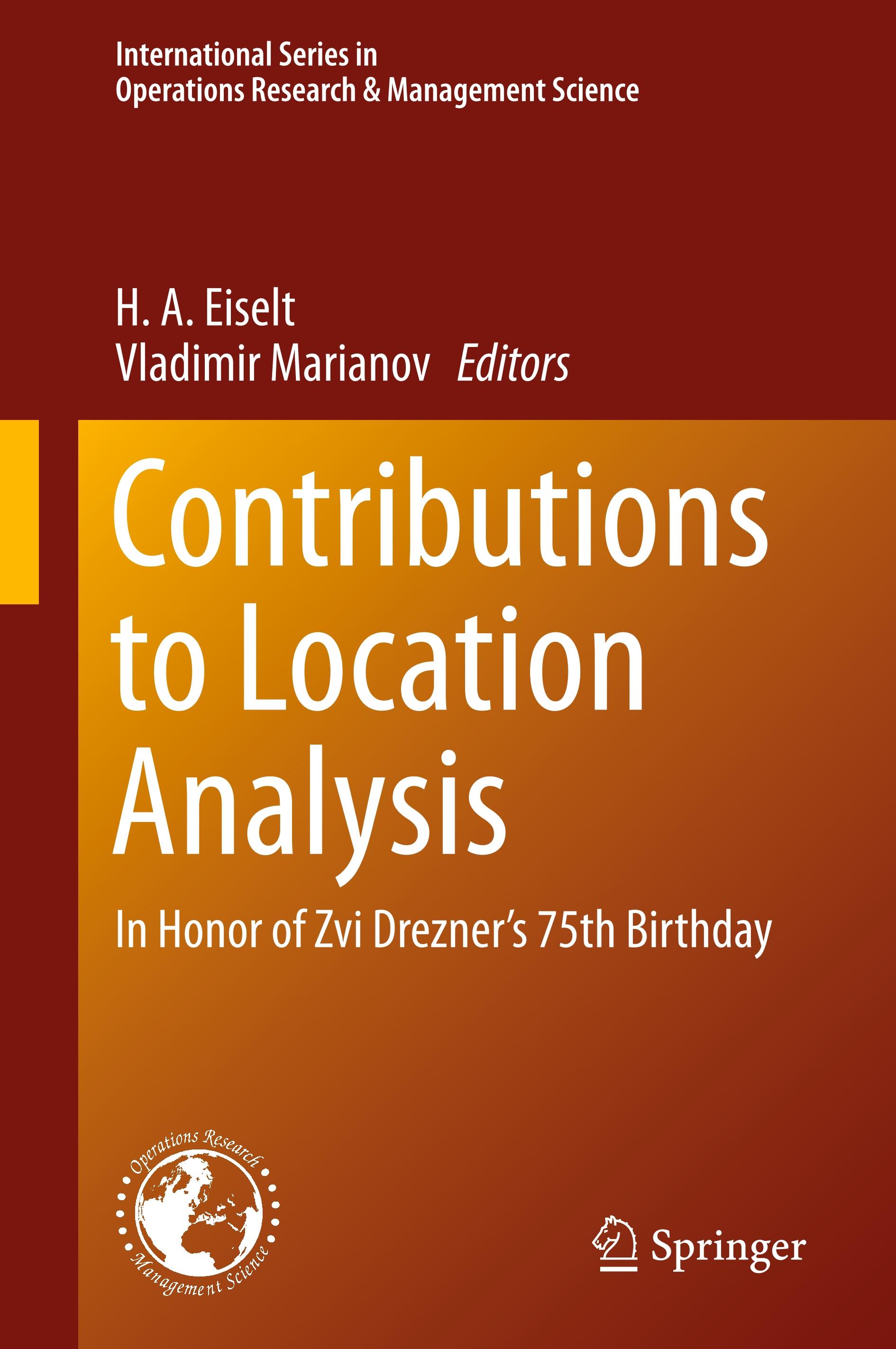 This book is a volume in honor of Zvi Drezner's 75th birthday. Professor Drezner is a leading scholar in location science. He received his BSc degree in Mathematics in 1965 and his PhD. in Computer Science ten years later, both from the Technion in Haifa, Israel. Since 1978 he has published in excess of 300 papers in refereed journals and books. He has received many honors, among them the University Outstanding Professor in 2005-6, the Outstanding Research Award (both from Cal State-Fullerton), the Location Analysis Lifetime Achievement Award from the Society for Location Analysis, and was named a Lifetime Fellow in INFORMS. Zvi has worked in a variety of fields, but most prominently in continuous location models. His main contributions include a 1982 paper on competitive location analysis, which was the first contribution to formally use the von Stackelberg "leader-follower" concept in the plane, contributions in 1989 (along with many others) on the Weber problem, and work with Oded Berman on the p-median under uncertainty in 2008. He has also enriched the literature by many contributions that devise genetic algorithms and tabu search techniques (both heuristic algorithms), as well as global optimization techniques, such as the "big-triangle-small-triangle" method, applied to location problems. The chapters of the book have been chosen to provide readers with a large variety of topics in the field of location science, which normally are available only in many different specialist journals. In addition to easily approachable surveys, the contributions, written by the top specialists in the field, present the latest results as well.