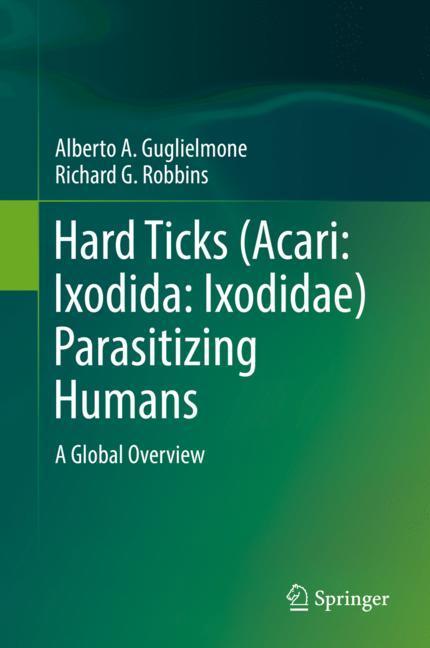 Ticks of the family Ixodidae, commonly known as hard ticks, occur worldwide and are second only to mosquitoes as vectors of agents pathogenic to humans. Of the 729 currently recognized hard tick species, 283 (39%) have been implicated as human parasites, but the literature on these species is both immense and scattered, with the result that health professionals are often unable to determine whether a particular tick specimen, once identified, represents a species that is an actual or potential threat to its human host. In this book, two leading tick specialists provide a list of the species of Ixodidae that have been reported to feed on humans, with emphasis on their geographical distribution, principal hosts, and the tick life history stages associated with human parasitism. Also included is a discussion of 21 ixodid species that, while having been found on humans, are either not known to have actually fed or may have been misidentified. Additionally, 107 tick names that have appeared in papers on tick parasitism of humans, and that might easily confuse non-taxonomists, are shown to be invalid under the rules of zoological nomenclature. Although the species of ticks that attack humans have long attracted the attention of researchers, few comprehensive studies of these species have been attempted. By gleaning and analyzing the results of over 1, 100 scientific papers published worldwide, the authors have provided an invaluable survey of hard tick parasitism that is unprecedented in its scope and detail.