Cristina Chiappini: A Natural History of the Milky Way 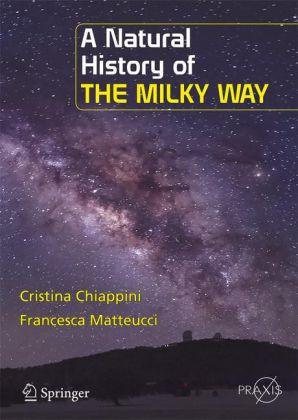 Charting astronomers efforts to unravel the complexities of our own galaxy, the Milky Way, this volume shows how they have used data on its chemical composition including its biogenic elements to reveal the fascinating history of its birth and evolution.

Discovering our own Galaxy: Historic summary and basic concepts.- Anatomy lesson: The Galaxy is evolving and has a history.- What is our Galaxy made of?.- The factory of chemical elements: How stars are born, live, and die.- Unveiling the Galaxy s history.- Making the Milky Way.- The first stars of the Universe are here!.- What can our Galaxy tell us about the Big Bang?.- Hunting another earth and the search for planets outside the Solar System.- Our "certain" future.- We don t stop here . Future missions.

One of the most stunning features of the night sky, and Earth's home, the Mily Way is fertile ground for exploring the mysteries of the universe. This book will provide an overview of how astronomers have attempted to uncover our Galaxy's past, and how current models of its structure may account for some of the most recent observations. Indeed, the distribution of chemical elements in our Galaxy serves as a 'fossil record' of its evolutionary history and is a powerful tool for studying the formation and evolution, not only of the Milky Way, but also of other galaxies.

In their journey through the history of our Galaxy the authors answer many fascinating and intriguing questions, such as: what can the Milky Way tell us about the Big Bang? What were the very first stars like? Are we able to find any of these first stars, still shining today, but born at a time when no metals had been formed and the gas and the Galaxy consisted of only hydrogen and helium? How did the main biogenic elements form and how are they distributed throughout the Galaxy? Are there regions of our Galaxy where Earth-like planets such as ours might more easily form?

The text is addressed to the curious or interested reader and is intended to unveil to a general popular science audience some of the topics about the structure and evolution of our Galaxy which are now the subject of hot debate amongst professional astronomers around the world.