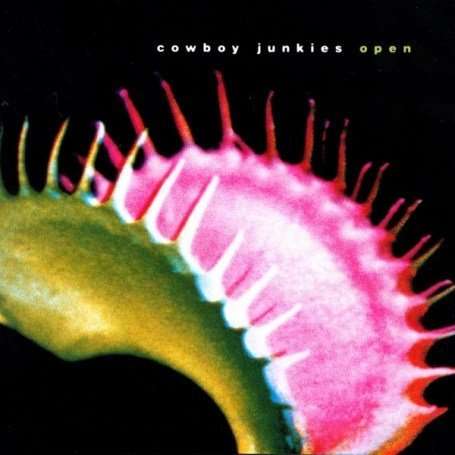 Canadian Cowboy Junkies formed in 1985, recorded / released their first album, Whites Off Earth Now in 1986, second album, The Trinity Sessions, brought them critical acclaim. This is Open, originally released in 2001, now for the very first time on vinyl!

The band haven't changed all that much, nine albums since Whites Off Earth Now. Somehow the band has maintained critical success, without having to sell-out – a tricky feat for any artist. The album was recorded in much the same way as The Trinity Sessions, Open is raw, pure, and untouched by overproduction. Open is the milestone recording that the Cowboy Junkies haven't produced since The Trinity Sessions. What makes it such an exceptional work is how the songs seem at the same time both tightly constructed and free-flowing. It is this combination that creates resonant and illuminating songs that allude to the many meanings of being open.

Musically, the album is signature Cowboy Junkies-part folk, part country, part blues, part rock. There's no one word that culminates their sound. Other than the basics, instrumentation includes mandolin, harmonica, eight-string bass, organ, piano and wurlitzer to create songs of varied textures and intensities. The songs shift from being haunting and melancholy to rowdy and turbulent. With each one the Cowboy Junkies lure the listener in further and further by their huge contrasts in mood from song to song, there's not a insignificant one on it.

»Each song on this album is well-crafted and the mood and feel of each song shifts, maintaining attention through its entirety. The true beauty of it all lies in the multifaceted message it sends. This is certainly an album with a message. What that message is, isn't easily construed. The only way to truly figure out the band's message is to listen to Open, again, again, and again. Each time will reveal a new aspect to this incredibly open masterpiece.« - PopMatters / Katy Widder 2001