The Zombies: Begin Here Plus 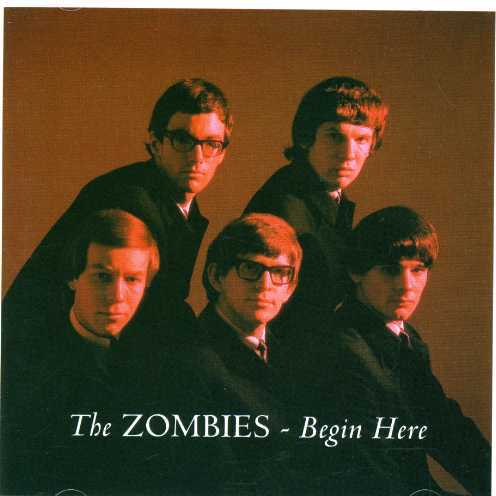 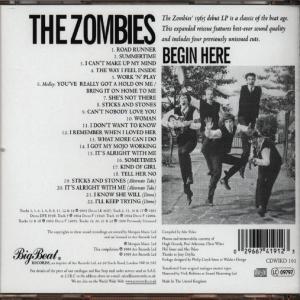 *** digitally remastered
The Zombies 12" debut enhanced with their debut UK EP and the extra tracks required to programme the US version - notes included. Four bonus prev uniss sides and a host of new pix and memorabilia further pave the way to Zombie Heaven.

In the wake of the critically acclaimed 4-CD box Zombie Heaven, Big Beat continues its overhaul of the Zombies' catalogue with an upgraded re-release of the band's first album Begin Here, thirty-four years to the month since its original issue in April 1965.

A classic of the beat era, Begin Here showcased both the Zombies' song-writing ability with songs the calibre of I Remember When I Loved Her and I Can't Make Up My Mind, and their grand soul / R&B roots via several choice cover versions. The record is here reissued separately for the first time on compact disc fully in mono, as originally intended by the band and their producer Ken Jones. Any previous re-releases have used a disconcerting mixture of mono and stereo.

A slightly different debut album was issued in America a couple of months prior to the British release. Therefore we have bolstered the track line-up, to allow listeners to programme the disc to play either the UK tracklisting, the US tracklisting or the Zombies' self-titled UK EP. Additionally, there are four previously unissued bonus cuts: alternate takes of Sticks & Stones and It's Alright With Me, and demo versions of I Know She Will and I'll Keep Trying.

As with all our previous Zombies reissues, the booklet to Begin Here is jam-packed with rare photos and memorabilia exclusive to this package. And watch for further Zombie Heaven coming your way on Big Beat soon! (Alec Palao)