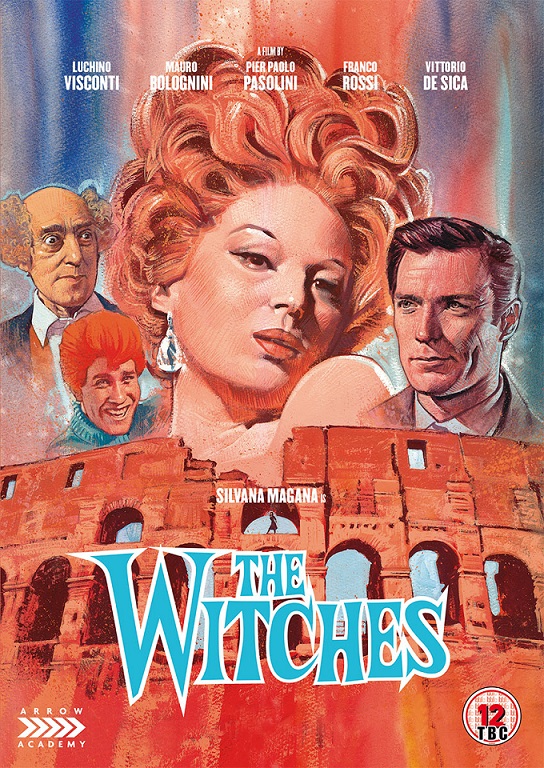 Luchino Visconti (Ossessione, Death in Venice) and screenwriter Cesare Zavattini (Bicycle Thieves) open the film with The Witch Burned Alive, about a famous actress and a drunken evening that leads to unpleasant revelations. Civic Sense is a lightly comic interlude from Mauro Bolognini (The Lady of the Camelias) with a dark conclusion, and The Earth as Seen from the Moon sees Italian comedy legend Totò team up with Pier Paolo Pasolini (Theorem) for the first time for a tale of matrimony and a red-headed father and son.

Franco Rosso (The Woman in the Painting) concocts a story of revenge in The Sicilian’s Wife, while Vittorio De Sica (Shoeshine) casts Clint Eastwood as Mangano’s estranged husband in An Evening Like the Others, concluding The Witches with a stunning homage to Italian comic books.