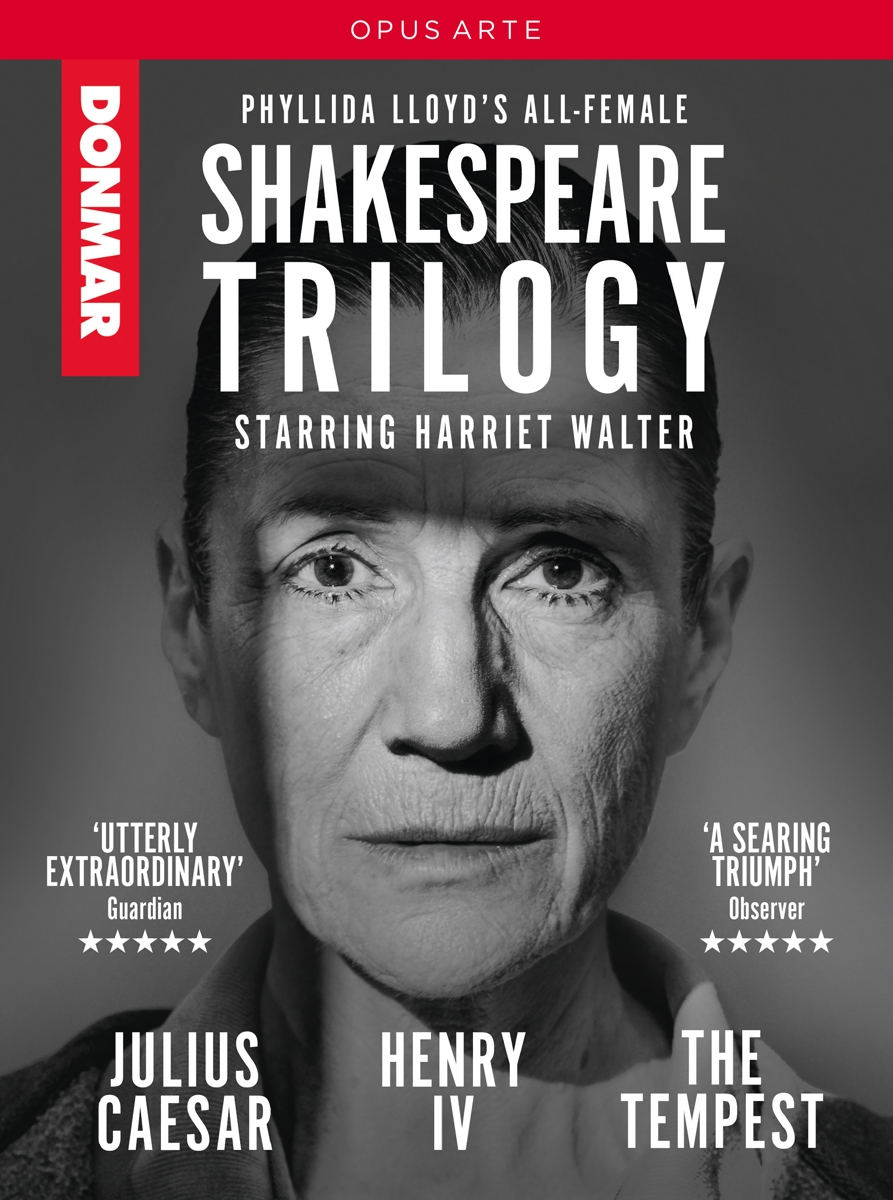 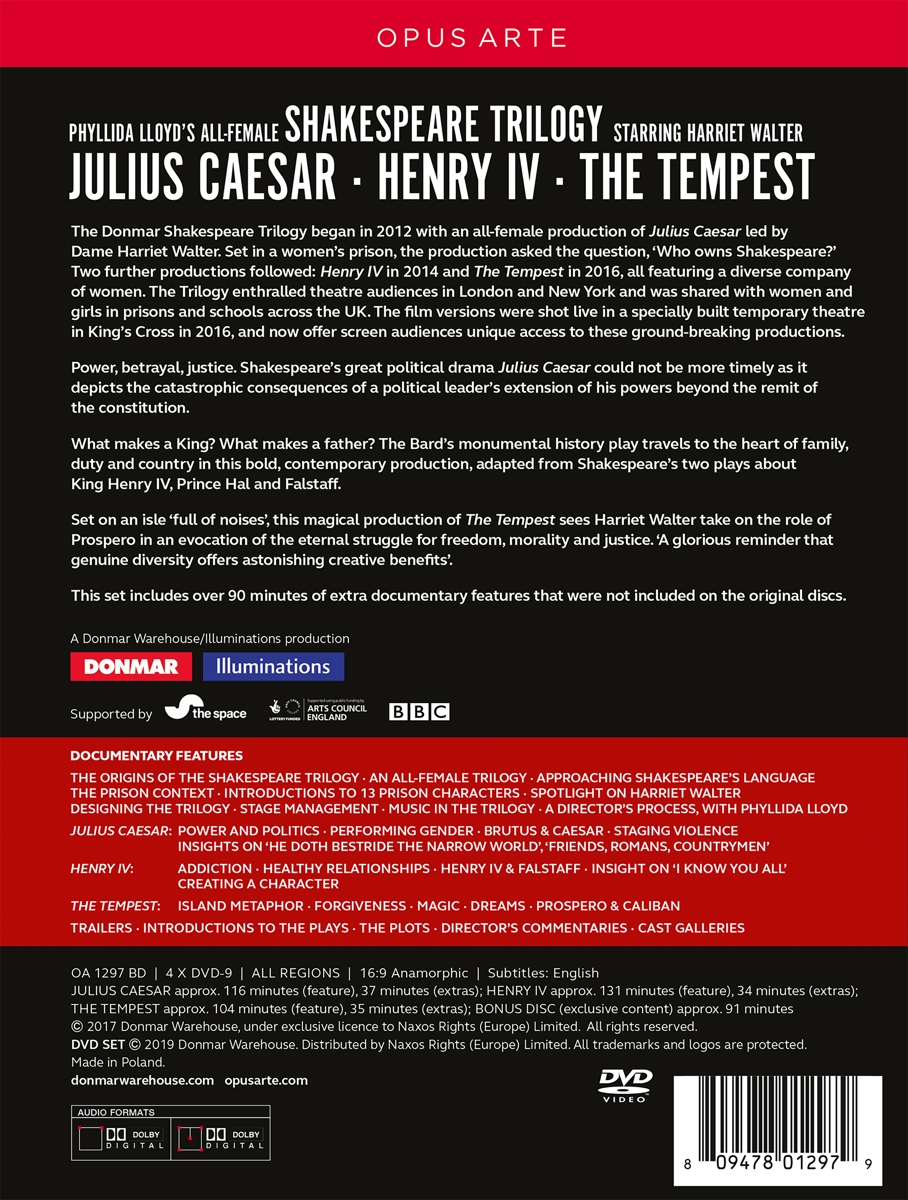 The Donmar Shakespeare Trilogy began in 2012 with an all-female production of Julius Caesar led by Dame Harriet Walter. Set in a women's prison, the production asked the question, 'Who owns Shakespeare?' Two further productions followed: Henry IV in 2014 and The Tempest in 2016, all featuring a diverse company of women. The Trilogy enthralled theatre audiences in London and New York and was shared with women and girls in prisons and schools across the UK. The film versions were shot live in a specially built temporary theatre in King's Cross in 2016, and now offer screen audiences unique access to these ground-breaking productions.
Power, betrayal, justice. Shakespeare's great political drama Julius Caesar could not be more timely as it depicts the catastrophic consequences of a political leader's extension of his powers beyond the remit of the constitution.
What makes a King? What makes a father? The Bard's monumental history play travels to the heart of family, duty and country in this bold, contemporary production, adapted from Shakespeare's two plays about King Henry IV, Prince Hal and Falstaff.
Set on an isle 'full of noises', this magical production of The Tempest sees Harriet Walter take on the role of Prospero in an evocation of the eternal struggle for freedom, morality and justice. 'A glorious reminder that genuine diversity offers astonishing creative benefits'.
This set includes over 90 minutes of extra documentary features that were not included on the original releases.