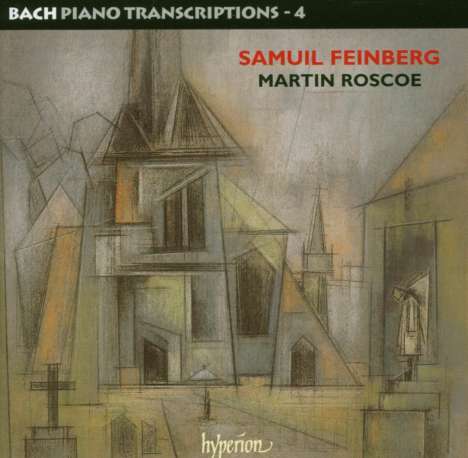 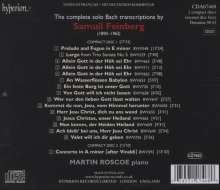 This fourth volume in our series of Bach transcriptions brings the first recording of the complete works in the genre by the hugely neglected figure of Samuil Feinberg. Feinberg belongs firmly in the grand tradition of the 19th-century pianist / composer that stretches from Chopin to Godowsky via Liszt and Busoni. Unfortunately his modernist compositional tendencies and the fact that he was Jewish led to his being sidelined within the Soviet regime, his ›elitist‹ music being rarely performed and his performing career constrained within the USSR. It is likely that his transcriptions were a creative response to the restrictions placed on his original music; no one could deny Bach his rightful place in the musical world and his organ music, from which all these works originated, was little known in Russia. No doubt Feinberg, the virtuoso, was also fascinated with the challenges of recreating the works pianistically as had Busoni before him, and it is to this composer that Feinberg's transcriptional style can most easily be compared. His earliest transcription, the Vivaldi / Bach concerto, is also his most superficially virtuosic; it's interesting that thereafter his choice of music tends to come from Bach's later output where his polyphony and harmonic language is at its most complex. These are magnificent realizations of works often still too little known in their original guise which will fascinate both for their pianistic ingenuity and their intrinsic musical worth.

»In this recording of all Feinberg's transcriptions, Martin Roscoe's interpretations reflect both the sensitivity behind the undertaking and the spirit behind the music« (Gramophone)

»In sum, those who have been following Hyperion's series of Bach piano transcriptions should find this a splendid continuation. Since the complete run of Feinbergised Bach couldn't be accommodated on one disc, Hyperion has placed the Concerto on a second – but the set is priced as a single CD. It's an act of generosity that other labels would be wise to imitate« (Fanfare, USA)