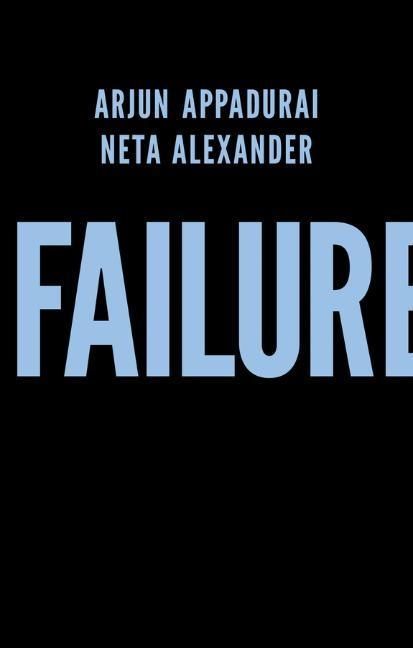 Failure explores the deeply troubling paradox by which the more technological and financial systems fail us, the more dependent on them we become.
Wall Street and Silicon Valley--the two worlds this book examines--promote the illusion that scarcity can and should be eliminated in the age of seamless "flow." Instead, Appadurai and Alexander propose a theory of habitual and strategic failure by exploring debt, crisis, digital divides and (dis)connectivity. What kind of failures do finance and technology perpetuate and monetize? What does failure have to do with memory and the structural production of ignorance? Moving between the planned obsolescence and deliberate precariousness of digital technologies and the ""too big to fail"" logic of the Great Recession, they argue that the sense of failure is real in that it produces disappointment and pain. Yet, failure is not a self-evident quality of projects, institutions, technologies or lives. It requires a new and urgent understanding of the conditions under which repeated breakdowns and collapses are quickly forgotten.
By looking at such moments of forgetfulness, this highly original book offers a multilayered account of failure and a general theory of denial, memory, and nascent systems of control.